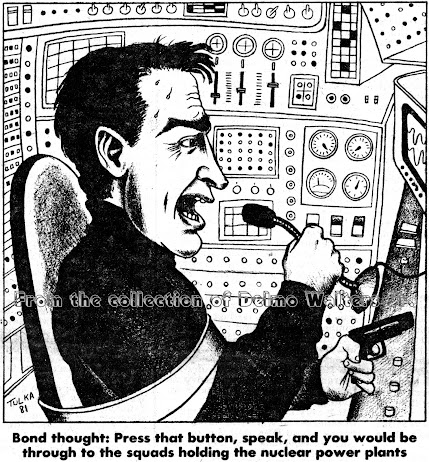 It might interest yopu to know that the original announced title for License Renewed was "Meltdown."
Tomorrow: Caber gets the boot
Posted by John Cox at 8:32 AM