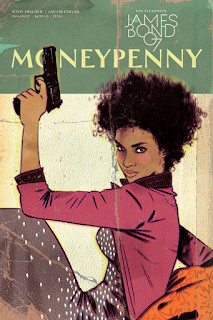 By writer JODY HOUSER (Mother Panic, Faith) and new artist JACOB EDGAR, a never-before-told mission starring MONEYPENNY, friend of JAMES BOND, former MI6 field agent and bodyguard of M! On a 'routine' protection mission, Moneypenny discovers a complicated assassination plot that bears a startling resemblance to a terrorist attack from her childhood. Can she call upon her secret agent skills to stop the plot...?


Monneypenny can be purchased in-store or online via the Dynamite and Midtown Comics.
Posted by John Cox at 7:45 AM 2 comments:

Dynamite continues to expand their James Bond 007 universe with yet another new release in November, James Bond: Solstice. Below is the cover and press release. 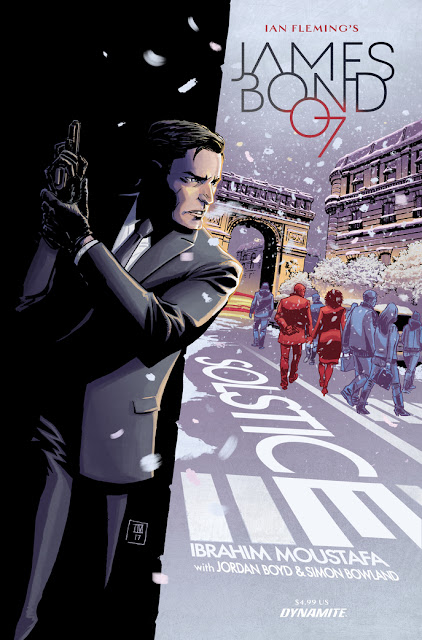 Dynamite Entertainment is excited to announce the upcoming release of James Bond: Solstice, the latest installment in their critically-acclaimed and ever-expanding James Bond universe. Multi Eisner-Award nominee Ibrahim Moustafa (Jaeger, High Crimes) has been named as both writer and artist on this visually stunning 30-page one shot, which is expected to hit shelves November 22, 2017.

In James Bond: Solstice, 007 accepts a mysterious, unofficial mission in Paris. He's to pursue a dangerous Russian, and do…what is necessary. But is Bond the hunter, or the hunted? Writer/Artist Ibrahim Moustafa said, "I am an absolute James Bond fanatic! I have a deep love of the character and his sense of duty within his world of smoky card rooms, tailored suits, refined tastes and eccentric villains. Like most, my affinity for the gentleman spy began with the film franchise, but the original literary version of Bond would eventually become my favorite iteration of the character. I was absolutely thrilled when Dynamite launched their James Bond series depicting Fleming's Bond in a modern context, and the opportunity to tell a story within that setting is quite literally a dream come true for me. Working with editor Nate Cosby has been one of the most rewarding collaborations that I've had working in comics, and I'm very grateful to the folks at Ian Fleming Publications Ltd. and Dynamite for the opportunity to send 007 on a mission of my very own!"

Ibrahim Moustafa is a comic book artist and writer from Portland, Oregon. His previous works include the Eisner nominated series' Jaeger and High Crimes from Stela and Dark Horse Comics respectively, Savage Things and Doctor Fate from DC/Vertigo, Mockingbird for Marvel Comics, and covers for Dynamite Entertainment, BOOM! Studios, IDW and Image Comics.

Ian Fleming Publications has officially revealed the three new James Bond hardcovers to be released by Vintage Classic in the UK in November. The books include new introductions by John Cork. 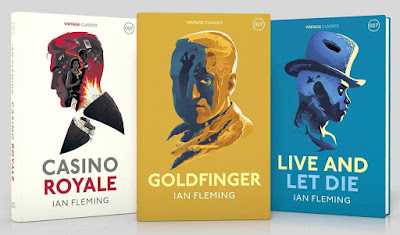 Official Press Release: Daniel Craig is returning to play 007 in Bond 25. The actor confirmed he would play James Bond for the fifth time to host Stephen Colbert on The Late Show last night. Bond 25 will be released in US cinemas on November 8, 2019 with a traditional early release in the UK and the rest of the world.
Posted by John Cox at 2:36 AM No comments:

Email ThisBlogThis!Share to TwitterShare to FacebookShare to Pinterest
Tags: Films

Draft covers for the upcoming Vintage Classic James Bond hardcovers have appeared on Amazon. Below are Casino Royale and Live and Let Die. If you click over to the CommaderBond.net Twitter, you can also see Goldfinger (which is not currently shown on Amazon). Very nice! 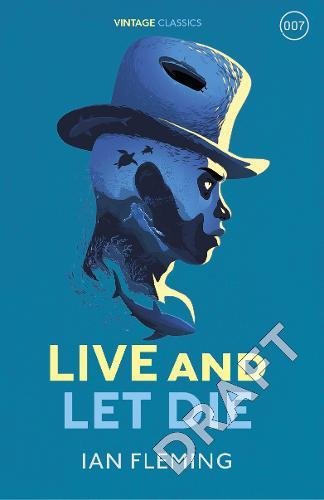 Thanks to CommanderBond.net on Twitter @CBn007.
Posted by John Cox at 7:34 AM 2 comments: