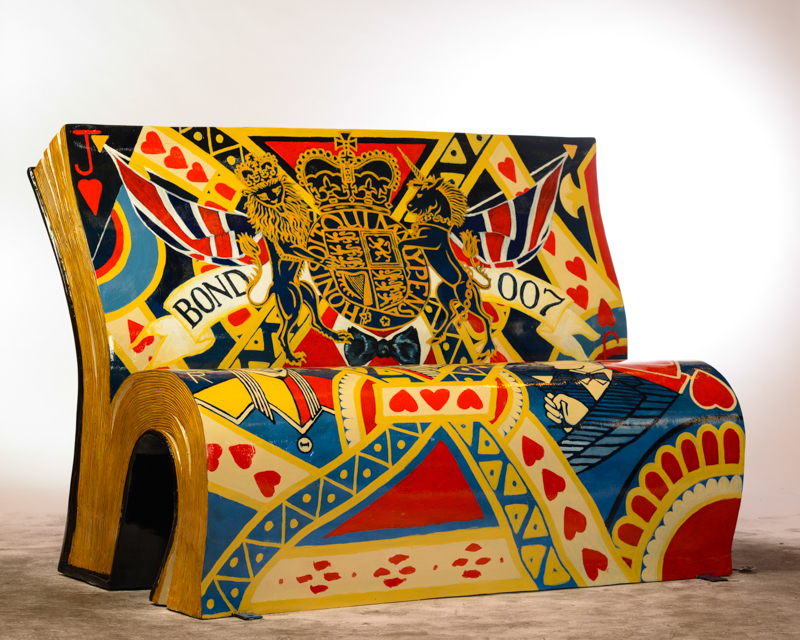 The James Bond BookBench is going to be auctioned at London's Southbank Centre on Monday October 7th along with the 50 other specialty BookBench sculptures that rolled out across London in summer. All the proceeds will go to the National Literacy Trust.

Tickets can be bought from the Southbank Centre box office. You can also register to bid online. Full details are available at the Books About Town website.
Posted by John Cox at 8:34 PM No comments:

The complete set of original Ian Fleming James Bond audiobooks -- which had been released in the UK by AudioGo -- are now available from Blackstone in North America as both CDs and digital downloads.


Narrated by notable British actors, including Bill Nighy, Rosamund Pike, Tom Hiddleston and Sir Kenneth Branagh, this series of unabridged recordings was over three years in the making, and includes bonus interviews with each of the artists involved.

The cover designs are adapted from the 2012 Thomas & Mercer editions of the original novels.

You can purchase the audiobooks now at Amazon.com.

Thanks to Ian Fleming Publications.
Posted by John Cox at 3:07 PM 6 comments:

In anticipation of Steve Cole's first Young Bond novel, Shoot To Kill, the official Young Bond website as received a complete makeover. Check it out at www.youngbond.com. 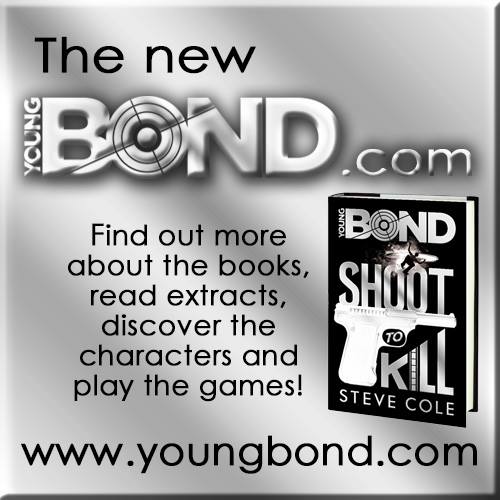 In Shoot To Kill, Steve Cole picks up where Charlie Higson left off and throws James Bond into action in Hollywood, CA. It will be released on November 6, 2014 in the UK.

Pre-order Shoot To Kill on Amazon.co.uk.
Posted by John Cox at 10:00 PM No comments: