BOOK BOND REVIEW: With A Mind To Kill the memory of No Time To Die 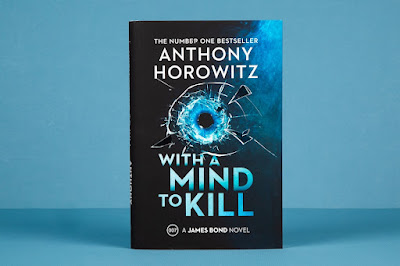 Anthony Horowitz's third and final James Bond novel, With A Mind To Kill, is released today by Jonathan Cape in the UK. I've had the pleasure of reading it and I can report it's excellent! Horowitz mines one of the richest untapped veins of the literary James Bond; namely, what happened to 007 in Russia between the books You Only Live Twice and The Man With The Golden Gun. It's Horowitz's darkest Bond with a powerful climax that perfectly caps his time as the reigning continuation novelist and, possibly, this particular era of period Bond novels.

For a third time Horowitz proves he knows exactly what makes a great James Bond adventure. The book is packed with tension and moves like a rocket. Without going into major spoilers, the book delivers an epic action sequence set in London before moving onto Russia where much of the novel is set. Bond's mission is clear cut, the locations are atmospheric, and the stakes are sky high from page one. We also have a solid Bond Girl in Katya Leonova. And it certainly isn't hard to see Russia as the villain these days, which makes this book, set in 1965, feel (tragically) up to the minute.

If I have a criticism (and this wouldn't be a proper review without) it would be with the frequent callbacks to past Fleming books. While call backs to The Man With The Golden Gun are integral with the plot and expected, it's possible every book gets a nod in some form. This feels a bit calculated and while fans may like it, I thought it was a touch distracting. But that's a quibble.

So how does With A Mind To Kill stand against Horowitz's two other Bonds? I think most will agree With A Mind To Kill is his best and I wouldn't argue with that. However, it is a darker book, and I'm still very much suffering PTSD from the last James Bond film, No Time To Die, with its relentless bleakness, hopelessness, and humiliating death of 007. I really need some fun! So while With A Mind To Kill is superb and going dark has never troubled me in the past, at this moment in time I still rank Trigger Mortis at the top of my Horowitz list as it seems the lightest of his outings. But talk to me again in a year.

I've never been more happy to add a new Bond book to my bookshelf and continue the adventure. Thanks to the caring custodians at Ian Fleming Publications and the talented Anthony Horowitz, JAMES BOND LIVES! 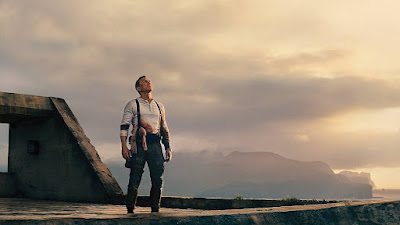 You can purchase With A Mind To Kill at Amazon.com and Amazon.co.uk. Special UK editions are also available from Waterstones and Goldsboro Books.
Posted by John Cox at 6:42 AM

Email ThisBlogThis!Share to TwitterShare to FacebookShare to Pinterest
Tags: BOOK BOND REVIEW, Reviews, With A Mind To Kill