In 1997 Raymond Benson succeeded John Gardner as the official James Bond continuation author. Benson returned many of the classic elements to the series (such as Bond's Walther PPK) and chose not to continue some of the changes of the later Gardner years, such as MircoGlobe One. Per the request of IFP (then still Glidrose), Benson made M a woman as a concession to the film series.

Benson delivered six terrific original James Bond adventures with each book powered by a clear thematic "hook." They were books written by a hardcore James Bond fan and certainly appealed to this hardcore fan. I'll still argue that Benson's third book, High Time To Kill, is one of the very best of all the James Bond continuation novels.

In the U.S., all six Raymond Benson Bond books were published in hardcover by Putnam with nice uniform cover art. This new series art was an improvement (IMO) over Putnam's Gardner series cover art which had also remained uniform during his reign. Benson's three novelizations, Tomorrow Never Die, The World Is Not Enough, and Die Another Day, where not published in hardcover in the U.S. 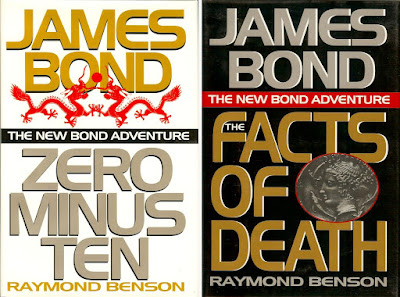 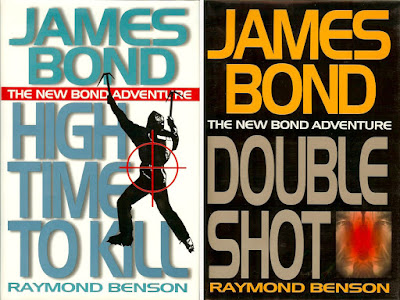 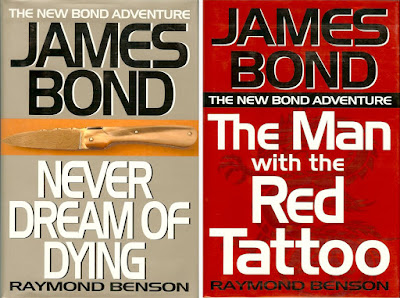 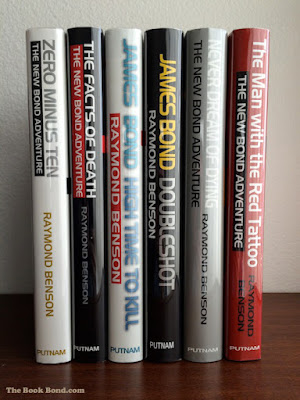 The Benson paperbacks were published by Jove in the U.S. You can check out those covers HERE.
Posted by John Cox at 10:01 AM