Eon Productions have shot down a new rumor that Bond 23 will called Carte Blanche.

“The new film is not going to be called Carte Blanche and will have nothing to do with the Jeffery Deaver book,” the filmmakers are reported to have said in a statement to the press.

The 23rd James Bond film will again star Daniel Craig as 007 and will shoot at least partially in India, including scenes in Dehli and a stunt sequence amid freight trains in the Sabarmati railway yard. Apparently, freight trains play a major role in the plot.

Bond 23 will be directed by Sam Mendes for release in November 2012.
Posted by John Cox at 7:47 AM No comments:

If you haven't yet pre-ordered the five book BOX SET of the John Gardner-James Bond hardcover reprints from Orion, now might be a good time to do so. The set is currently 44% off at Amazon.co.uk, bringing the price down from £84.95 to £47.57. The box set will be released on November 3, 2011.

These new hardcovers all feature the original cover art and were recently released individually. Visit our special Gardner Renewed page for information and links for all the current and upcoming John Gardner-James Bond reprints.
Posted by John Cox at 9:39 AM 2 comments: 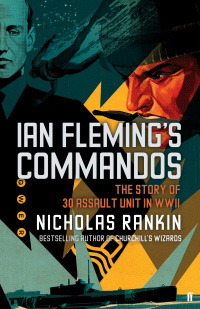 Check out the Bondian cover art for the new book, Ian Fleming's Commandos: The Story of 30 Assault Unit in WWII by Nicholas Rankin.

The book tells true story of Ian Fleming’s Second World War unit, claiming that it was the real-life inspiration for James Bond.

Ian Fleming's Commandos: The Story of 30 Assault Unit in WWII is due to be published in the UK by Faber and Faber on October 6, 2011.

Cover art for the first three new UK paperback editions of John Gardner's James Bond novels have been revealed on the Orion website. I think these are sensational and this is going to be one gorgeous set when complete!


These first three books, Licence Renewed, For Special Services, and Icebreaker will be released on February 2, 2012. Check out our special Gardner Renewed page for pre-order links and the latest release date information on all the Gardner-Bond reprints in the U.S. and UK.
Posted by John Cox at 9:22 AM 8 comments:

Good news! It now looks like the U.S. mass market paperback of Carte Blanche by Jeffery Deaver is going to be released on January 24, 2012. This is moved up from the original announced date of "on or around" April 17. The new date shows on Amazon

The Carte Blanche U.S. paperback will be released by Pocket Star. Cover art is not yet available.

The UK paperback is set for May 2012, but maybe we'll see that release pulled forward as well?
Posted by John Cox at 12:02 PM No comments: 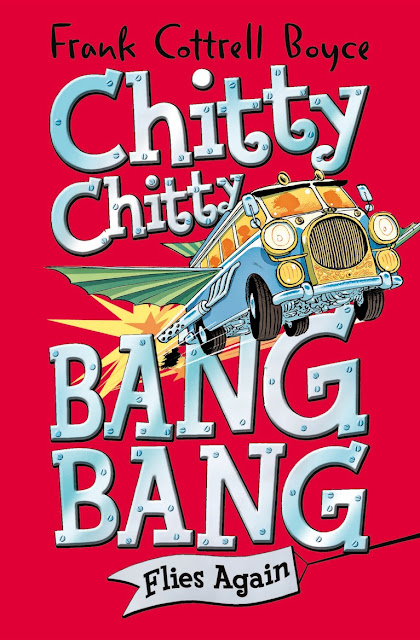 Chitty Chitty Bang Bang Flies Again is the first of three new books by Boyce. It will be published in hardback and ebook on October 7, 2011, by Macmillan Children’s Books in the UK, Republic of Ireland and Commonwealth, excluding Canada. It can be pre-ordered now on Amazon.co.uk.

Thanks to IFP and Coleman-Getty for the image.
Posted by John Cox at 8:38 AM No comments:

CARTE BLANCHE UK paperback in May 2012

The powers-that-be have confirmed for me the UK paperback edition of Carte Blanche by Jeffery Deaver will be released in May 2012. I was hoping this mysterious listing on Amazon for a Carte Blanche in September might be the paperback, but it looks like I was wrong.

Great news today! [Dark] over at the CBn Forums has discovered that all three novels in The Moneypenny Diaries trilogy by Kate Westbrook (a.k.a. Samantha Weinberg) have been released as unabridged audiobooks in the UK.

All three audiobooks, Guardian Angel, Secret Servant, and Final Fling are read by actress Eleanor Bron and can be purchased at AudioGo.

Click here to read my interview with author Samantha Weinberg.
Posted by John Cox at 9:17 AM 1 comment: 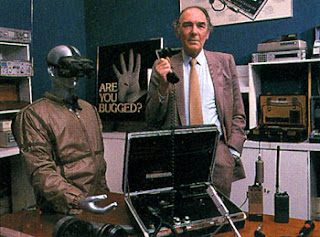 Amazon.co.uk and the Orion website are showing new (earlier) release dates for the upcoming John Gardner James Bond paperback reprints in the UK.

The first three books, Licence Renewed, For Special Services, and Icebreaker now show February 2, 2012. Role of Honor, Nobody Lives Forever, and No Deals Mr. Bond will hit on May 10, 2012. Scorpius, Win Lose or Die, and Brokenclaw will arrive Sept. 27, 2012. The only paperback still showing a 2013 release is the License To Kill novelization (Jan 3). The remaining six titles have not yet been announced.

Check out our special Gardner Renewed page for the updated release schedule and links to all the John Gardner James Bond reprints in the U.S. and UK.
Posted by John Cox at 9:52 AM 2 comments:

Link: 4 YEARS AGO. 4 YEARS ON. YOUR TIMING STILL SUCKS!

On the 4th anniversary of the death of John Gardner, his son Simon reflects on that day in 2007 in a nice tribute at the official John Gardner website. Click on the headline to read.