The curious YOU ONLY LIVE TWICE tie-ins

For those who collect James Bond tie-in editions (copies of the Fleming originals reprinted with artwork or an acknowledgment of the corresponding film), here's one you may not be aware of. In 1967 the UK publisher PAN released a tie-in paperback edition for Sean Connery's You Only Live Twice with only a movie-themed dust-jacket wrapped around their regular first edition paperback. What's odd is they also released a version with this same movie cover art as their "second edition". I'm not sure which came first, but I would suspect the dust-jacketed version is the harder to find. Happily I stumped upon one at some point. 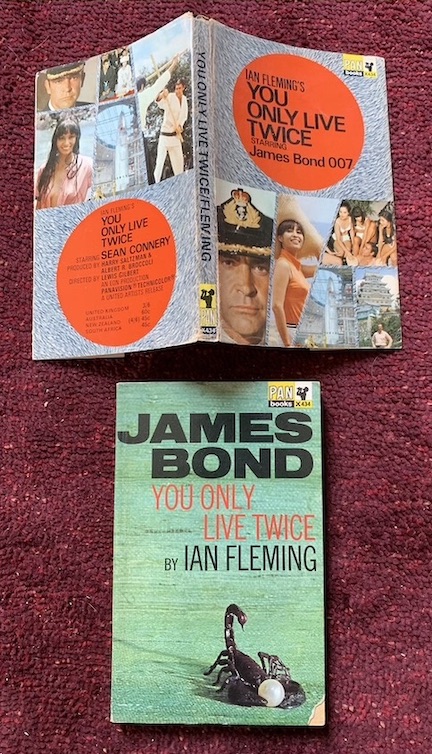 You Only Live Twice also received untypical treatment in the U.S. Up to this point, Signet had produced nice tie-in editions with original cover art. But for You Only Live Twice they simply applied a sticker to the cover of their current in-print edition. I'm wondering if this was purely an economic decision as they made have had a large stock of the paperback on hand. But one wonders how Eon would have felt about this, especially as Signet has produced unique tie-in editions for Charle's K. Feldman's competing Casino Royale. 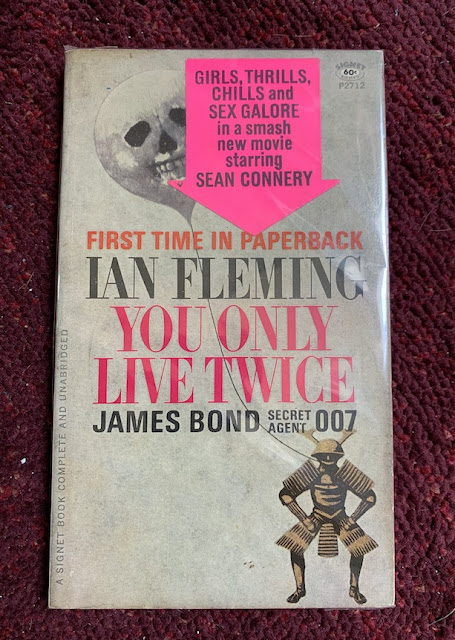 You can see all the tie-in paperback editions in the two posts below: