The U.S. trade paperback edition of William Boyd's new James Bond novel Solo is available for pre-order on Amazon.com.  The book will be published by Harper Paperbacks on June 3, 2014. Cover art has not yet been revealed.

The UK paperback edition of Solo is also available for pre-order at Amazon.co.uk. The release date is May 8, 2014. Publisher is Vintage.

You can read my review of Solo HERE.

Steve Cole on YOUNG BOND 6: "It feels REAL at last."

Steve Cole has posted a brief update about the progress of his first Young Bond novel on his blog at stevecolebook.co.uk. Says Steve:

"I’ve been talking to my editor about rewrites for the first Young Bond book. It’s got me really excited, thinking of new ways to improve it. It feels REAL at last instead of fun fan fiction!"


The yet untitled Young Bond 6 will be released in the UK by Random House Children's Publishers in Fall 2014. No word yet about a U.S. publisher or release date.
Posted by John Cox at 9:50 AM 4 comments:

LINK: From a View to a Museum

Did you know there is a museum in Japan devoted to Raymond Benson's sixth original James Bond novel, The Man With The Red Tattoo? Well, there is, and Raymond Benson himself has written a piece about the museum and his original research trip to Japan his on his blog, Blog Benson. Click the headline to have a read.

Email ThisBlogThis!Share to TwitterShare to FacebookShare to Pinterest
Tags: Links, Museums, Raymond Benson, The Man With The Red Tattoo

Ahead of his time

For some reason I've been feeling nostalgic for late '80s Timothy Dalton era James Bond lately, so I thought I'd scan and share this German edition of John Gardner's novelization of Licence To Kill (1989). This has always been one of my favorite paperbacks. Not only is it unique in that it's packed with color photos from the film, but this edition uses the final UK poster art on the cover. Most editions of LTK used the advanced poster art. But what I find especially appealing about this cover is they've replaced Bond's clothes. Instead of the all black belted thingy from the UK campaign (which was weird even by '80s standards), they've put him in a traditional tuxedo, but with the bow-tie undone. This was also used in the French campaign. I remember thinking at the time that this was an excellent way to show Dalton as a more rough and ready 007, and I went out of my way to find any publicity material that used this version of the art, including this German novelization.

Want the new YOUNG BOND novel dedicated to YOU?

Would you like to see your name in a James Bond book? Here's your chance. Authors for the Philippines is hosting a charity auction to raise money for the Red Cross Typhoon Haiyan Appeal and one of the items up for bid is the dedication in Steve Cole's first Young Bond novel due out in Fall 2014.

Here's a 1982 Norwegian trade paperback edition of John Gardner's first James Bond continuation novel, License Renewed. I love this cover art with a circa 1981 Roger Moore Bond and a very artfully done montage of images from the novel. One of my favorite Gardner covers. 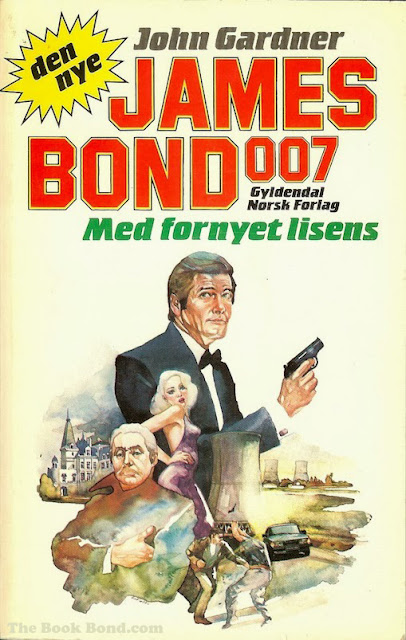 Visit The Book Bond's special Gardner Renewed page for links to all the John Gardner James Bond reprints in the U.S. and UK.
Posted by John Cox at 9:07 AM 3 comments:

Solo author William Boyd talks to John Mullan "about the troubled soul of Ian Fleming's James Bond and the pleasures and perils of taking on the 007 franchise." 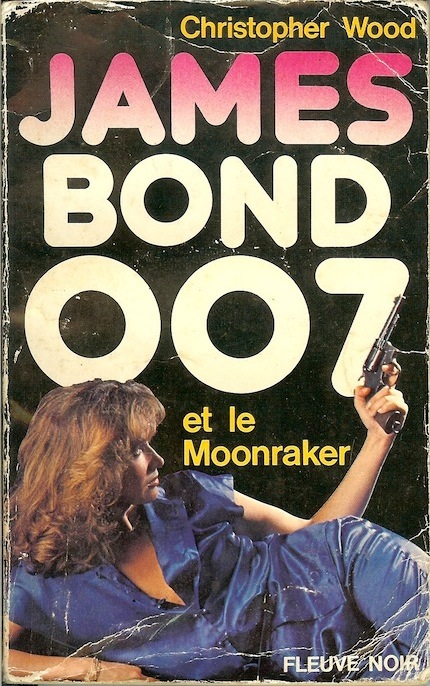