Fleming in the '80s and the case of the curious Casino

With the rebirth of the literary James Bond in 1981 with John Gardner's License Renewed, the time was right to refresh the original Ian Fleming series in the USA. (Previous Fleming paperbacks had sported the attractive but somewhat dated cover paintings by Barnett Plotkin.) What we got were these ten paperbacks from Berkley with cover art in the same series style as the Gardner books (the rights to the final four books were still held by Signet). These new paperbacks rolled out between May and August 1982 and would be reprinted until 1987. Later editions would carry the Charter publishing brand (the photos below are all Charter editions). 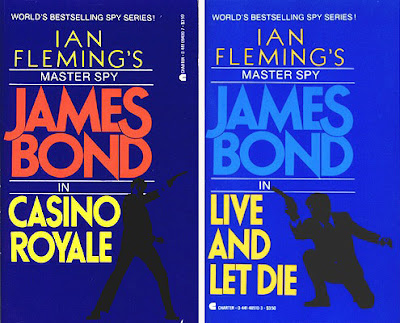 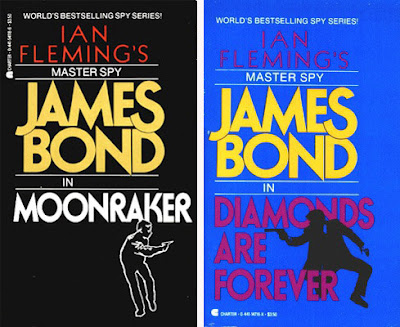 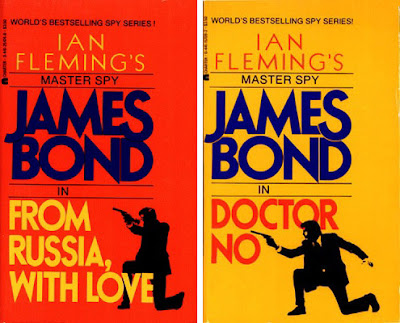 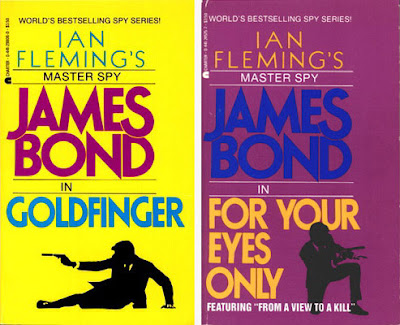 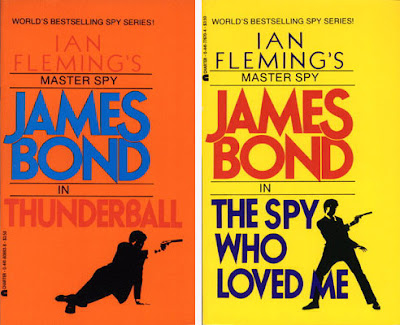 There are a few things to note if you're looking to collect this series. First, the odd book out was definitely Moonraker, which for some reason didn't make its appearance until August 1984. Why it was delayed I have no idea. I bought all these back in the day so I've never had to do a search for them, but I suspect Moonraker might be the hardest of these to find today, especially in its first Berkley edition. 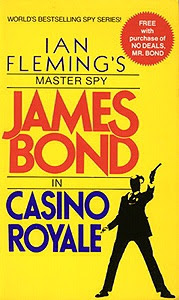 And then there is the case of the curious Casino Royale (left), dated October 1986. You'll note that it is different from the regular Casino, sporting a yellow cover and the 007 silhouette from the License Renewed paperback. It also has no price or publisher information. That's because this particular Casino Royale was given away as a promotional freebie with the purchase of the U.S. hardcover edition of John Gardner's No Deals, Mr. Bond (1987).

Of course, no set of these can be considered complete without this unique Casino giveaway. The good news is this book has not really become a hard-to-find collectible (despite what I thought at the time). I'm surprised how many I see on used bookstore shelves and on eBay.

These covers would stand throughout the '90s, which was the first decade to not see a Fleming cover refresh in the USA. The next time Fleming hit bookstores shelves in the U.S. would be in 2002 with the retro style covers by Richie Fahey.