"I don't go for those paperback books with pictures of girls sitting on large guns, or even astride them."

These paperbacks were the first to be released by Triad/Panther, which took over the Bond paperback license from Pan Books in 1977. The first book released appears to have been Doctor No in 1977, and the last was Moonraker in 1982 (possibly delayed so it wouldn't be confused with Triad's James Bond and Moonraker novelization released in 1979). This set also includes the first continuation novel, Colonel Sun, by Kingsley Amis, which wouldn't see publication again until 1997. There is also a six title Box Set, which is now very hard to find.

These books would continue to be reissued until 1987 when Coronet would take over publication of the UK paperbacks. 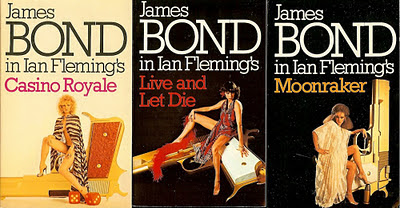 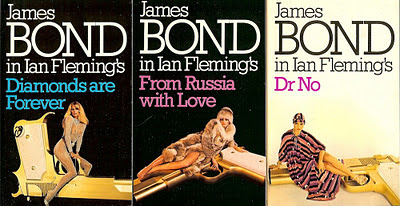 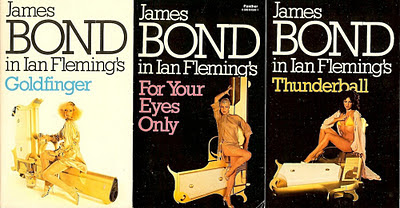 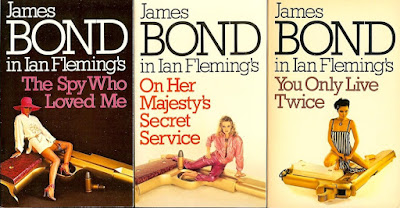 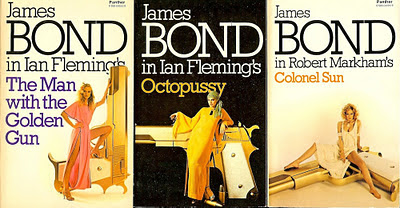 Thanks to Luke Freeman for pointing out that terrific quote from John Gardner's Licence Renewed. As these were the books on store shelves when Gardner penned his first continuation novels, there's no doubt he was making an inside joke here.