"I have this belief that it’s not the job of continuation authors to expand wildly – and inaccurately – on what the original author informed us."


The good folks at Riot Communications, who are handling the Trigger Mortis launch for IFP and Orion Publishing, have allowed a handful of Bond blogs to ask questions of new Bond author Anthony Horowitz. Yesterday the interview kicked off at Artistic License Renewed. Today, I'm honored to continue the Q&A. 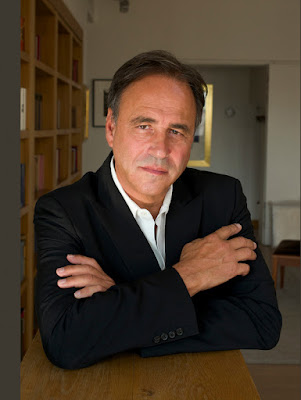 THE BOOK BOND: Trigger Mortis uses unpublished Ian Fleming material. How did that work exactly? Did you start with Fleming's idea and then expand it out into a book? Or did you already have a basic idea for the book and then work the Fleming material into it?

ANTHONY HOROWITZ: I had no ideas at all when the IF Estate first approached me and showed me four stories from a TV series that had never happened. I read them all with a lot of excitement – unpublished Bond stories! – but it was “Murder on Wheels” that leapt off the page. Grand Prix struck me as the perfect Bond arena: as dangerous as it was glamorous. At the same time, I knew it could only be a small part of the book. There had to be a bigger, international mission. So I asked myself could Nurburgring be a test, a dry run for another, bigger SMERSH operation. What was happening in 1957? What hadn’t Fleming covered himself? The answer is my book. For what it’s worth, the story came incredibly quickly. But then, as you know, I had help.

THE BOOK BOND: A few times in the book you have Bond reflect on his childhood and war service. There is one particular memory in which we learn Bond’s father worked for “Vickers Aviation.” That jumped out at me as suspiciously specific. Is this rooted in Fleming or maybe a setup for a new story of some kind?

ANTHONY HOROWITZ: Well, if you look at James Bond’s obituary (printed in You Only Live Twice), you will see that his father was a foreign representative for Vickers. That’s where it came from. I have added a few tiny snippets and variations to what Fleming told us about Bond but I have this belief that it’s not the job of continuation authors to expand wildly – and inaccurately - on what the original author informed us and there are certainly no seeds for future stories contained in that detail.

THE BOOK BOND: Trigger Mortis contains a lengthy and grisly recounting of the real-life massacre at No Gun Ri. Can you talk a little about why you choose to make this a key part of the villain’s backstory?

ANTHONY HOROWITZ: This is part of the heritage of Foyle’s War. I love discovering events in recent history that have been forgotten and bringing them to light – and I think No Gun Ri is an extraordinary, terrible incident, very much worth remembering. More importantly, it seemed to me that a successful Bond villain had to have a backstory. This wouldn’t be someone who just decided to be evil. Why did he do what he did? I read about the period and No Gun Ri gave me the character.


Trigger Mortis is released TODAY in the UK and U.S. I will be posting a full review tomorrow. 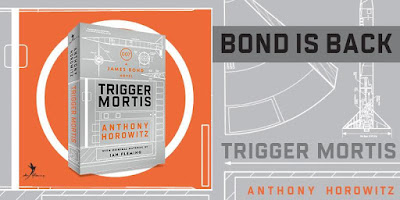