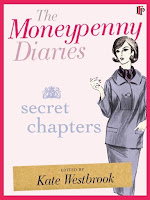 Kate Westbrook, niece of the intrepid Miss Moneypenny and editor of her famous diaries, has uncovered two more of her aunt's formerly-classified adventures.

Short stories First Date and For Your Eyes Only, James offer a tantalising (and candid) glimpse into the life of James Bond's confidante and co-conspiritor: the ever-resourceful Miss Moneypenny...

The Moneypenny Diaries: Secret Chapters is available at Amazon.com and Amazon.co.uk.
Posted by John Cox at 3:36 PM 7 comments:

While Amazon still shows a September 29th release, Dynamite has tweeted that their latest original Bond graphic novel, Reflections of Death, is released today. Some alternate cover art has also appeared online, so it's a bit unclear what the final cover looks like. But I guess we'll find out soon! 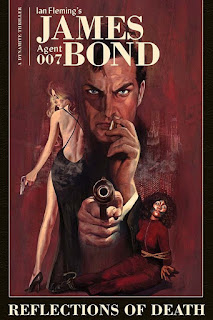 An ALL-NEW, ALL-ORIGINAL James Bond graphic novel, by a cavalcade of superstars!

Six stunning stories, featuring the world’s greatest spy! Moneypenny has been kidnapped, and the mystery of who has her, and what they want, will only be revealed when (if?) 007 is able to complete his incredible missions.