The collected hardcover edition of Dynamite's James Bond KILL CHAIN by Andy Diggle and artist Luca Casalanguida is out now. 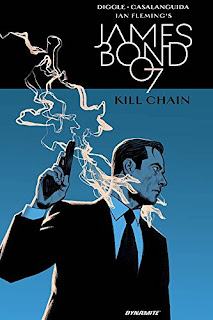 The next collected edition will be James Bond: Case Files Vol 1. It's available for pre-order at Amazon.com (U.S.) and Amazon.co.uk (UK).
Posted by John Cox at 8:35 AM No comments:

WIN a limited advance copy of FOREVER AND A DAY

Dead Good has launched a special Forever and a Day competition that will definitely be of interest to Bond fans! Check out details below. 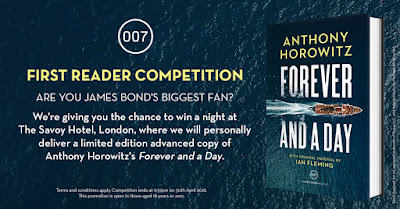 We’re giving a lucky 007 fan the chance to be one of the first people in the world to read Forever and a Day, while luxuriating in surroundings enjoyed by both James Bond and his creator Ian Fleming.

To be in with a chance of winning a night at The Savoy Hotel, London, with a limited edition advanced copy of Forever and a Day and a Martini; simply fill in your details HERE. Good luck!


Forever and a Day by Anthony Horowitz is a prequel to Ian Fleming's Casino Royale. It will be released by Jonathan Cape in the UK on May 31 and in the U.S. by Harper Collins on November 6, 2018.
Posted by John Cox at 7:10 AM 1 comment: 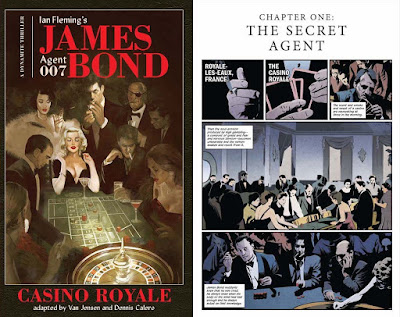 Prepare to be SHAKEN

Today comes news of a unique new James Bond book, created in collaboration with IFP, along with the first look at the cover art. 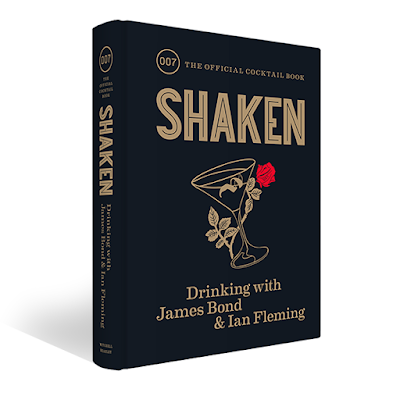 ‘It’s just that I’d rather die of drink than of thirst.’
- Thunderball, Ian Fleming

Shaken explores James Bond creator Ian Fleming's writings on the pleasures of drinking and offers 50 cocktail recipes created by the co-founders of award-winning bar Swift – Edmund Weil (who is related to Fleming), Bobby Hiddleston and Mia Johansson. Fergus Fleming has written a foreword.

From the very first 007 novel, Casino Royale, in which Bond christens The Vesper, to the immortal lines, ‘shaken and not stirred’, which first appeared in print in Diamonds Are Forever, strong, carefully crafted cocktails are an essential component of every Bond story. With ten classic drinks from the pages of the novels, plus forty brand-new recipes inspired by the people, places and plots of the original novels, Shaken offers both a dazzling selection of delicious cocktails and a glorious celebration of Fleming’s writing on a subject he was fascinated by.

Ian Fleming was born in London in 1908 and died in 1964. His first novel, Casino Royale, was published in 1953. It introduced James Bond, Agent 007, to the world and was an instant success. Fleming went on to write thirteen other Bond books, which spawned one of the most successful and well-known film franchises ever. The James Bond books have sold more than 60 million copies worldwide and have been translated into more than 20 languages. There are 26 films and counting.

In 2016 Edmund Weil and his wife Rosie Stimpson, the duo behind celebrated London speakeasies Nightjar and Oriole, teamed up with bar industry legends Bobby Hiddleston and Mia Johansson to open Bar Swift in Soho. It has achieved early renown, picking up the Time Out Best New Bar award in its first year.

Alison Starling at Octopus said of the announcement, ‘When Gordon Wise mentioned this idea at last year’s London Book Fair I jumped at the chance to acquire the book. It has been a huge privilege to work with the Ian Fleming Estate on this the first official James Bond cocktail book and bringing the award-winning team from Bar Swift into the mix has only added to the quality (and enjoyment) of the project.’

Georgia Grimond of the Fleming Estate commented, ‘Fleming was a stickler for well made and delicious things in life. Long before many others, he was writing in detail about how best to enjoy a good drink so it has been a delight to bring his writing, expertise and ingenious names to new audiences as well as those that know him and Bond well.’

Shaken will be published by Mitchell Beazley on 6th September 2018 at £15 in hardback. It can be pre-ordered from Amazon.co.uk.
Posted by John Cox at 7:04 AM 2 comments:

Hey everyone. Just letting you know that The Book Bond now supports a https connection. Simply put, https is encrypted and therefore more secure than http. (You can read more here.) So if your browser has been giving you a warning that the site is non-secure, that will now go away.

While you can continue to connect via http (old links will automatically redirect), I would encourage you to switch your bookmarked URLs to: 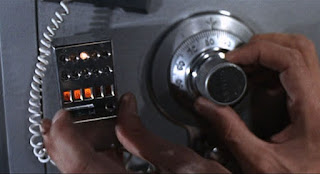 IFP celebrates 60 years of DR. NO

The Ian Fleming Publications website is celebrating the 60th anniversary of Ian Fleming's Dr. No. Their page doesn't show the first U.S. edition (which spelled out "Doctor"), so I thought I'd share it here from my own collection. This was published by Macmillan. I've always liked this cover. 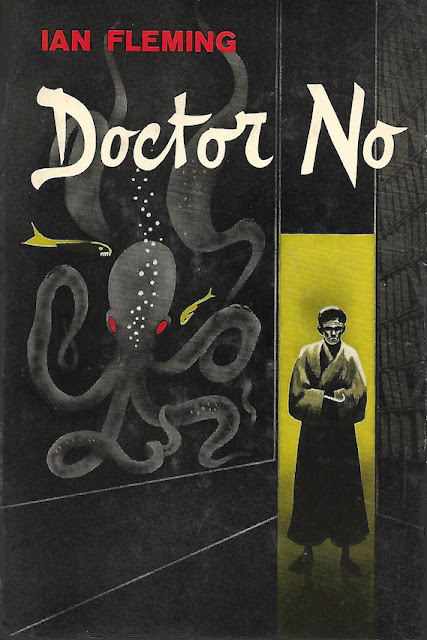 Check out DR NO 60th Anniversary at Ian Fleming Publications.
Posted by John Cox at 11:43 AM 2 comments: