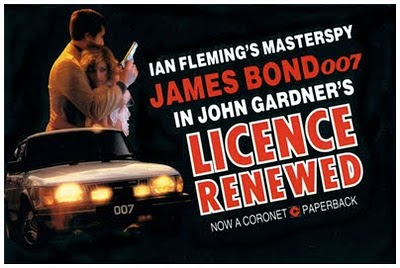 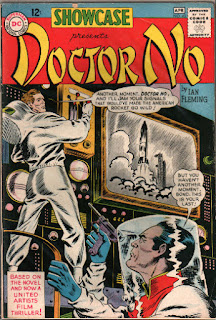 The 47-year-old comic was one of 700 comic lots sold by Cameo Auctioneers in London, and was snapped up by a Bond fan. Adrian Cowdry, film memorabilia and comic consultant to Cameo, said the magazine, part of DC Comics' Showcase anthology series, was the first time a Bond film had been seen in comic form.

Mr Cowdry said: "This Dr No comic is extremely rare and in impeccable condition given it is nearly 50 years old. It is a 'must-have' for fans of James Bond, Ian Fleming or Sean Connery."

He added: "The comic was aimed at reaching the comic reading masses. Hundreds were printed but in those days very few people thought comics would be worth keeping. Kids read them then give them to friends or threw them out, or their parents would put them on the coal fire."
Posted by The Book Bond at 12:23 PM 3 comments:

According to the Northants Evening Telegraph, Harry Enfield was a guest at the Kids Lit Quiz finals which took place at Oxford Town Hall on Friday, November 27. According to report, Harry brought along a very special treat for the participants:

"The guest at the final was comedian Harry Enfield, who did a reading from the first page of the new young James Bond book by Charlie Higson, which is not going to be available until 2011."

A second source reports that Harry then ate the page, "as befitted a top secret document."