"Fleming: The Man Who Would Be Bond" starts TONIGHT 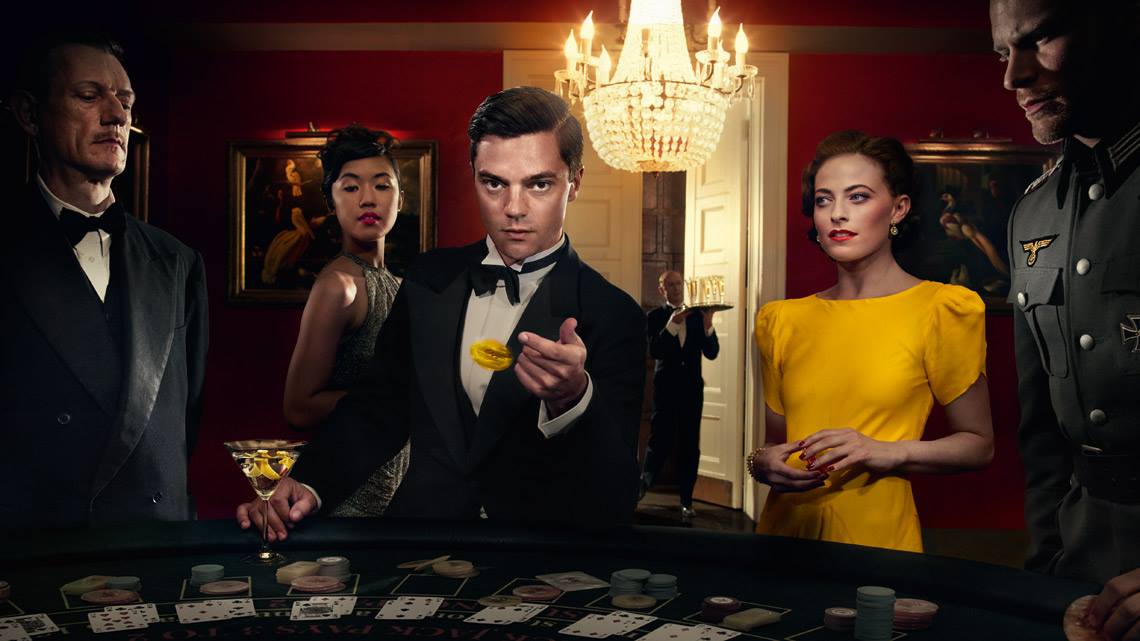 The first part of Fleming: The Man Who Would Be Bond airs tonight on BBC America. The four-part miniseries stars Dominic Copper as Ian Fleming and Lara Pulver as Ann O’Neil.

You can check some nice promotional material at the BBC America website, and on the Fleming TV Series Facebook page.
Posted by John Cox at 9:07 AM No comments:

Today I have a nice little exclusive. This is the U.S. trade paperback cover art for Solo, the new James Bond novel by William Boyd. The book will be published by Harper Paperbacks on June 3, 2014, and is available for pre-order on Amazon.com. 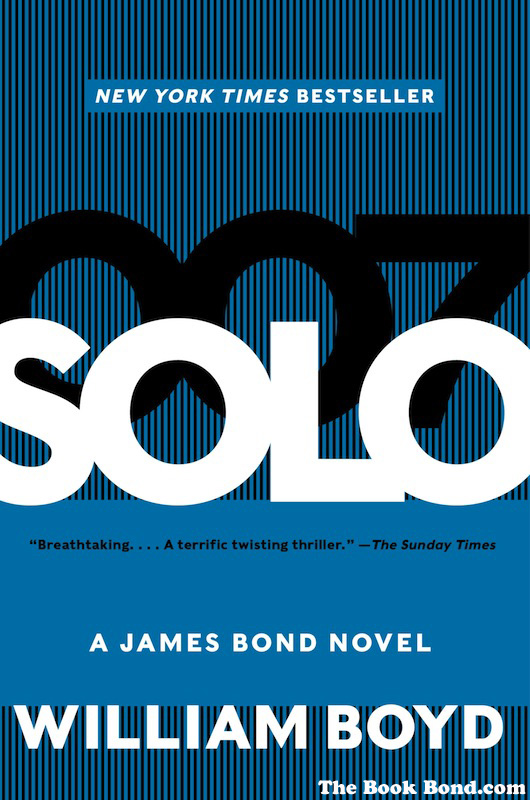 You can read my review of Solo HERE.

Thanks to Amanda and Katherine at Harper-Collins for this first look.
Posted by John Cox at 2:39 PM No comments:

Here are two of the more obscure James Bond book adventures. In 1985 Play Value Books released two original "James Bond 007 Adventure Storybooks" in the U.S. Blackclaw’s Doomsday Plot was written by John Albano with illustrations by Rudy Nebres. Storm Bringer was written by Roger McKenzie and illustrated by Nestor Redondo and Del Barras. Coloring for both was done by Judith Fast. 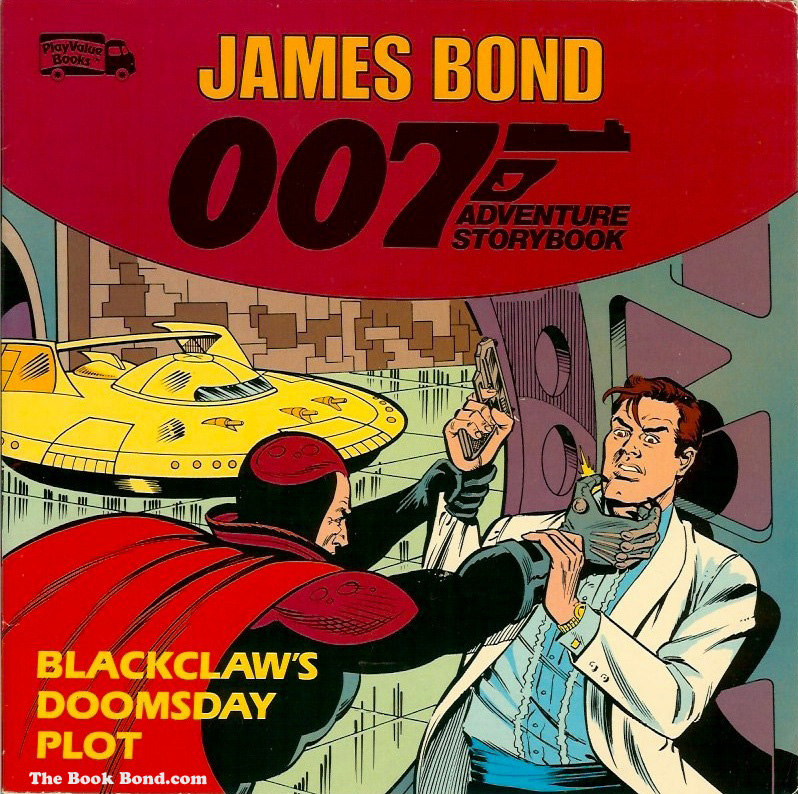 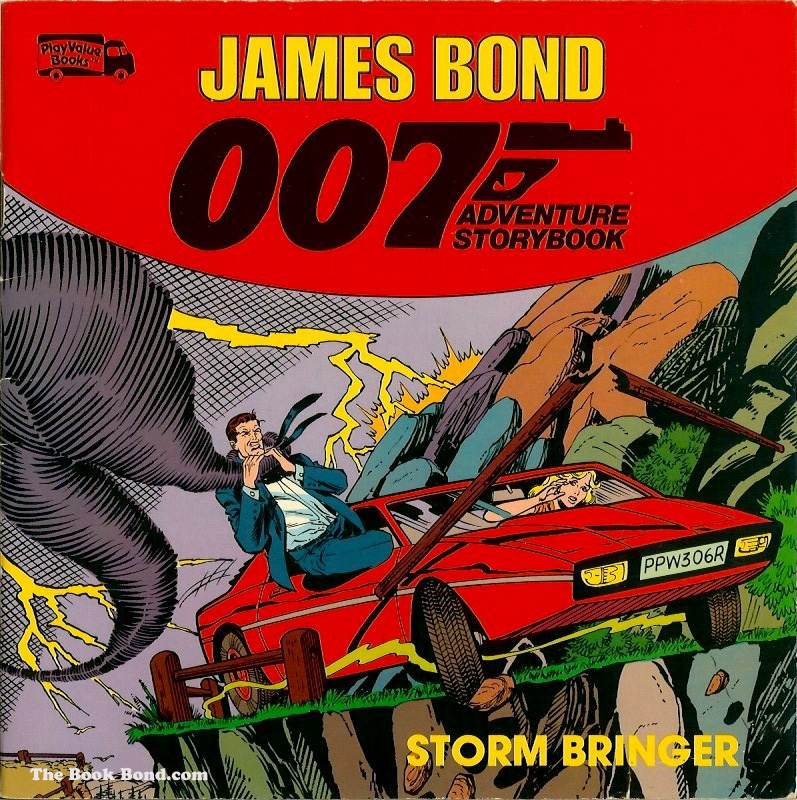 The plots included a hearty helping of the fantastic, with Bond thwarting an Arctic weather machine in Storm Bringer. In Blackclaw's Doomsday Plot, 007 tangles with a mad SMERSH scientist who has an island lair and a laser that would be the envy of Dr. No and Scaramanga. For the record, the Bond Girls are named Yvete LaRue and Dr. Margaret Manfield.

The Play Value Books were licensed by both Danjaq and Glidrose and published by Grosset & Dunlap, a member of The Putnam Group, which was Bond U.S. publisher at that time. Maybe it was just a coincidence that these were released in the year that there was no official James Bond continuation novel from John Gardner.

The back of the Play Value books advertised a total of four James Bond storybooks. However, as far as I know, Operation Big Brain and Target: 007 were never released. 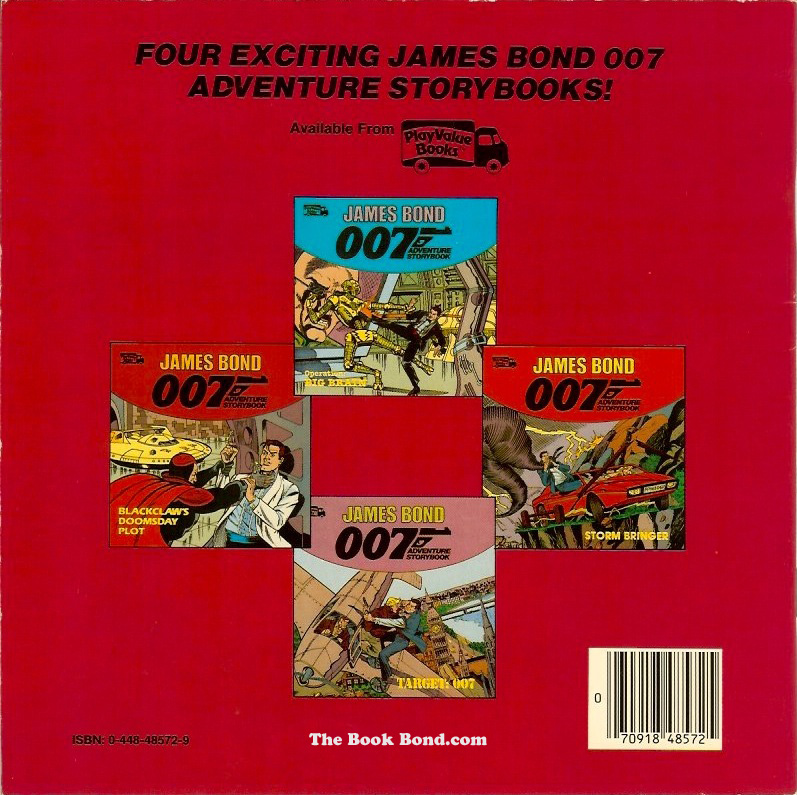 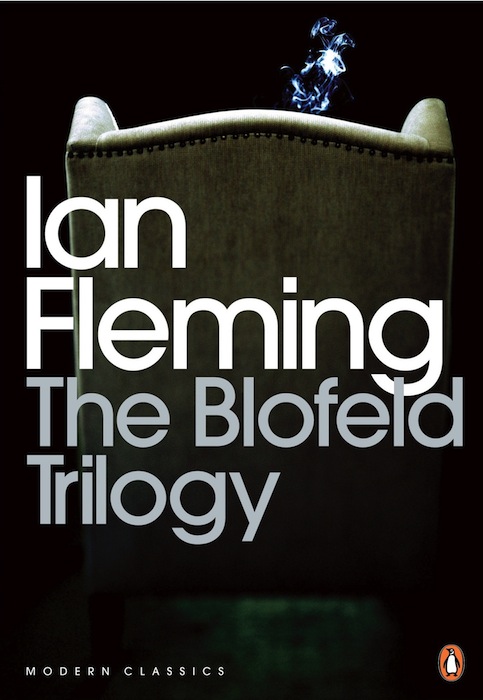 Pegasus has released two more John Gardner James Bond reprints in the USA, The Man From Barbarossa and Death Is Forever. Originally announced for February 8, both titles are available now from Amazon.com.

Pegasus has not announced any more Gardner releases beyond these titles. They also skipped Licence To Kill.


Visit our special Gardner Renewed page for links and release dates for all the Gardner-Bond reprints in the U.S. and UK.
Posted by John Cox at 5:45 AM 1 comment:

Email ThisBlogThis!Share to TwitterShare to FacebookShare to Pinterest
Tags: Death Is Forever, John Gardner, The Man From Barbarossa

As we wait for details of Young Bond 6 and/or the Solo paperback cover art, I'm filling the current news void with some "big news" from the past. Today we have an item from the September 1983 Bondage Quarterly newsletter, which was put out by the American James Bond 007 Fan Club from 1975 to 1991 (this is how we got our Bond news before the Internet, kids). In this item we learn that John Gardner has signed on to write three more Bond novels. Hurrah! No title yet for Gardner 4, but it looks like Bond will be getting and new car and the plot will feature…ready for it…airships! Unfortunately, we will have to wait an extra year for the new book. Or will we…


We know now that the new book was Role of Honor, the new car was a Bentley Mulsanne Turbo, and the year break did not happened between Icebreaker and Role of Honor, but would come before the next book, Nobody Lives Forever.
Posted by John Cox at 8:49 AM 2 comments:

It certainly has been quiet on the Bond book front lately. So while we wait for the title of Young Bond 6 or our first look at the paperback Solo cover art, here's some BIG NEWS from 34 years ago. Yes, 007 will return in a new book by John Gardner called…Meltdown?


Of course, when the book was published, it was retitled License Renewed, and Gardner's contact extended beyond this initial three book deal to a total of 14 original novels and two novelizations. Bond was back!
Posted by John Cox at 3:11 PM 1 comment:

Here's a bit of speculative fun to kick off 2014. What if latest James Bond novel Solo by William Boyd was published as part of the classic Fleming series by Great Pan of the 1950s? It might have looked something like this. 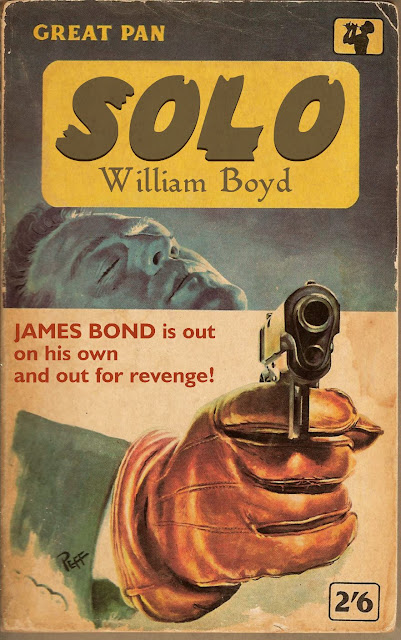 This impressive design is by Gary Cook (artwork by Sam Peffer) who has a Facebook page devoted to speculative James Bond fan art designs from all eras called James Bond 007 Book Cover Designs.