Anyone who has ever gone in search of second-hand copies of Ian Fleming's James Bond books in the U.S. knows that the paperbacks released by Signet in the 1960s dominate the shelves of used bookstores. These mass produced books are how most Americans came to know James Bond 007. But before Signet unleashed their familiar paperback series, they released earlier editions with terrific covers that are now highly collectible.

I've laid out the Signets here in the unusual order of their original U.S. release, not in chronological order of the books themselves. (The first four titles had already been released as pulps by Popular Library and Perma Books in the 1950s.) Signet's From Russia With Love, Doctor No, Goldfinger and For Your Eyes Only are the true first U.S. paperback printings, although Moonraker and Casino Royale are the first paperbacks to be published in the U.S. under their correct titles.

You'll note that Diamonds Are Forever came late (in November 1961), and was the first Signet to sport the new series look. While copies of DAF with this cover art are among the legion of Signets that you can easily find out there, to find one that is a noted as a first edition on the copyright page is very tricky indeed. In fact, a first Signet Diamonds Are Forever might be one of the hardest of all the James Bond paperbacks to locate. 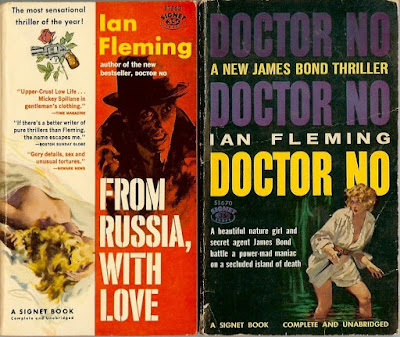 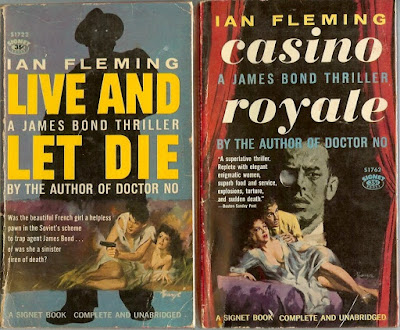 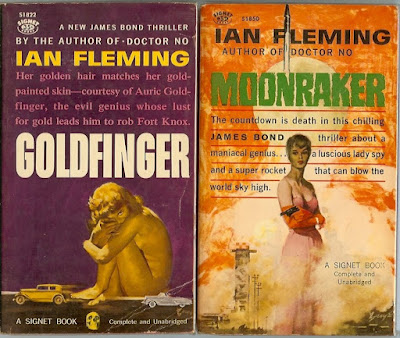 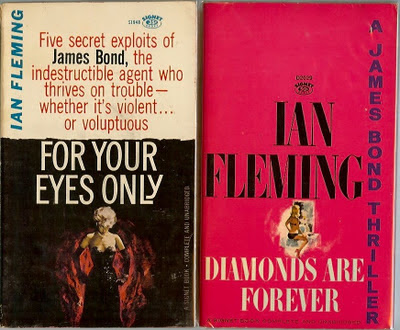 Starting in 1962, Signet re-released all the titles with series artwork that matched Diamonds Are Forever. Elements from the early Signet covers would find their way onto the new series covers, notably Goldfinger. The true paperback first editions of Thunderball and The Spy Who Loved Me, published in 1962 and 1963, would also sport series covers. 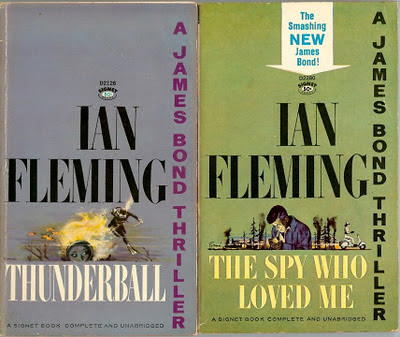 Starting with On Her Majesty's Secret Service in 1964, Signet would return to doing original covers for the remaining Bond paperbacks as they were released (Signet's parent company, NAL, was now publishing the hardcovers). But the books would maintain a consistant size and font style on their spines, so they still fit in nicely with the other titles (and would later be included in box sets of all the books).
Signet would hold onto the rights of these last four books until the 2000s, which is why the Bantam, Jove, and Berkley series never went beyond The Spy Who Loved Me. Signet also produced several movie tie-in editions and some curious hybrids, but I will tackle those as a set another day. 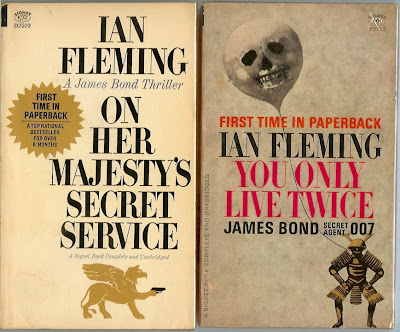 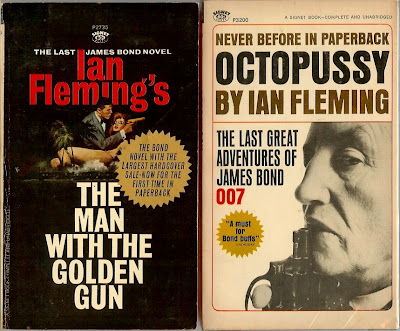