A new 40th Anniversary paperback edition of John Gardner's Licence Renewed will be released by Orion Books in August of 2021. The book includes a new introduction by author M. J. Arlidge. Below is the cover art (which is not great). 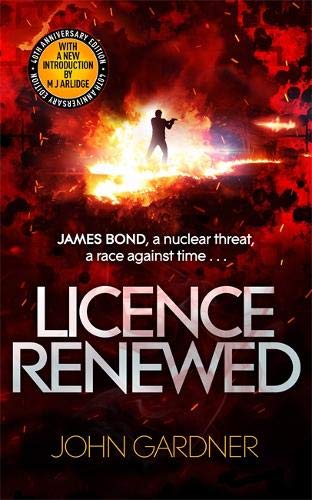 You can pre-order the Licence Renewed 40th Anniversary paperback at Amazon.co.uk.

The Folio Society has revealed their next illustrated slip-cased Ian Fleming classic, On Her Majesty's Secret Service. 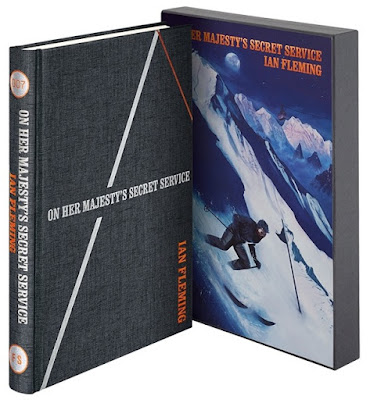 On Her Majesty’s Secret Service is a thrilling tour of beautiful and exotic locations, with the setting playing an essential role in Bond’s adventures. Fleming sweeps the reader up into the thin and dangerous atmosphere of the Alps, then lets them hurtle downwards on Bond’s heels as he skis for his life ahead of an oncoming avalanche, or tears the skin from his elbows on an out-of-control bob-sled pursuit. Series illustrator Fay Dalton uses these extraordinary vistas to convey the high stakes of Bond’s latest adventure, as well as taking her usual care with the book’s iconic characters. Tracy, the woman who wins Bond’s heart by recklessly outdriving him, sizzles on the page, while the sinister Blofeld oozes menace. 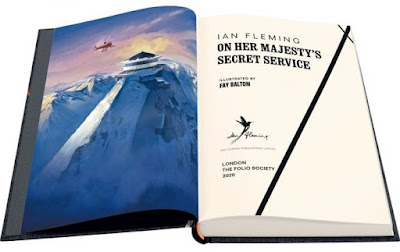 On Her Majesty’s Secret Service Folio Edition is priced at $64.95 and is available from the Folio Society website.
Also available are Casino Royale, Live and Let Die, Moonraker, Diamonds Are Forever, From Russia With Love, Dr. No, Goldfinger, Thunderball, and The Spy Who Loved Me.
Posted by John Cox at 12:19 PM 2 comments:

Here's a curiosity that I've had for years. This James Bond beach towel, which dates to the 1980s, is an interesting fusion of the movie and literary James Bond. You'll note the image of Bond is clearly Roger Moore from For Your Eyes Only. Yet the "James Bond" typeface is from the Berkley paperbacks and John Gardner books. The sail boats and young lady in the background are, well, from the '80s. 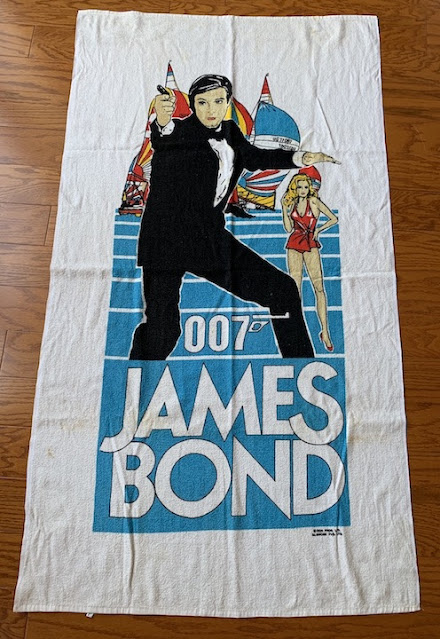