Lost in all the excitement of the John Gardner reprints announcement was this piece of news from Ian Fleming Publications that BBC Radio 4 Extra will be broadcasting a new dramatisation of Ian Fleming's Chitty Chitty Bang Bang on Sunday 3rd and Monday 4th April 2011. The cast for the new, hour-long recording includes Imogen Stubbs and Alex Jennings. More information and broadcasting times can be found on the BBC's website. 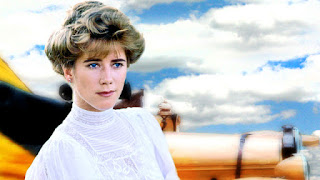 Get your BOND news on the go

I've now optimized The Book Bond for mobile devices. Now you can get your Bond news on the go with a clean, fast, easy interface. You don't need to do anything special, just enter our normal URL, thebookbond.com, and what comes up will look like what you see on the left.

Also don't forget about our new Updates by email feature. And don't forget that we are also on Facebook and Twitter.

It's shaping up to be a big year for the literary James Bond. With these new features you'll never miss out!
Posted by John Cox at 6:23 PM No comments:

Sensational news today for fans of John Gardner's James Bond novels! Ian Fleming Publications have announced that all 14 John Gardner James Bond adventures will be reprinted in both the U.S. and UK to celebrate the 30th Anniversary of the publication of his first book, License Renewed. Here are the details just released by IFP and the official John Gardner website:

In the US, Pegasus will release the first three John Gardner titles in newly-designed paperback in the Autumn of 2011. The editions will feature new introductions from luminaries in the world of Bond, and will be followed by a complete re-issue of all 14 titles in the US.

We hope you are all looking forward to seeing this wonderful books back in print as much as we are!

Already the first five UK titles from Orion are available for pre-order on Amazon.co.uk. Amazon is also showing new audiobook editions read by Jeremy Northam. As stated in the press release, these new hardcovers will feature the beautiful original UK cover art, as seen below.

June 23, 2011: Licence Renewed, For Special Services, Icebreaker.
July 7, 2011: Role of Honour, Nobody Lives For Ever.
The first three U.S. editions by Pegasus are also available for pre-order on Amazon with their new cover art. The cover styles are in keeping with Pegasus' recent reprints of Raymond Benson's omnibus Bond collections, The Union Trilogy

and Choice of Weapons

. According to Amazon, these will be published on October 12, 2011, and will include introductions by Raymond Benson, Otto Penzler, and Simon Gardner.

Click images to pre-order on Amazon
Thanks to Chris Wright of felixleiter.com for the original tip and Sarah at Ian Fleming Publications for the details. This is the news all us John Gardner fans have been waiting for!
Posted by John Cox at 4:13 PM 10 comments:

Get the latest Book Bond news via email

Now you can keep up with all the latest James Bond literary news from The Book Bond via email. This is a new Blogger feature. Just scroll all the way to the bottom of the page and enter your email address in the field marked "Receive updates by Email." You'll receive a confirmation email. Click the link and you're all set.

You will then receive a daily email notification of the new published posts, which includes a copy of the new content as well as links back to the actual posts. You can opt out anytime by clicking the "unsubscribe" button at the bottom of the email. I've given it a test drive and it works pretty darn well!

So if you can't find time to make it to this site, no worries. We'll bring Bond to you.
Posted by John Cox at 8:30 AM No comments:

First look at the new Chitty

Thanks to Lucy Chavasse at Coleman-Getty.
Posted by John Cox at 6:23 PM No comments:

Fleming's estate, which has already found success with authorised spinoffs of the James Bond series, has decided to re-launch Chitty Chitty Bang Bang with three new novels, the first of which is due for release on November 4.

Chitty Chitty Bang Bang Flies Again will be published in Britain by Macmillan Children's Books and set in the present day.

The plot will centre around the Tooting family, who discover an old racing car engine and use it to supe up their camper van.

"Before they know it they are zooming around the world as Chitty comes to life again and is restored to her former glory," the estate said in a statement.

The new books will be illustrated by Joe Berger.

Fleming's Chitty Chitty Bang Bang: The Magical Car, a tale he originally made up as a bedtime story for his young son Caspar, was published in 1964, two months after the author died.

It was illustrated by John Burningham and dedicated to the real Chitty Chitty Bang Bang, built by the eccentric racing-car driver Count Zborowski.

"I have no idea what made the Flemings think of asking me to write the sequel. I haven't asked them in case it's all a case of mistaken identity," Boyce said.

"I went back to the book for the first time since I was a boy and was delighted to discover that, first of all, it's really good and, secondly, it's crying out for a sequel.

"I've had a lot of fun writing these books, but somewhere amongst all the fun I found it strangely emotional to revisit myself as a boy and ask if he could help me restore an old-fashioned contraption and make it fly again," Boyce said.

Boyce is a British children's novelist and scriptwriter who has worked with movie directors including Michael Winterbottom and Danny Boyle.

UPDATE: Click here for a first look at the new Chitty. You can also pre-order the first book now at Amazon.co.uk.
Posted by John Cox at 5:28 PM No comments:

Benson's Choice of Weapons now 60% off

If you haven't yet picked up Raymond Benson's second anthology of 007 work, Choice of Weapons

, now is a great time to do so. It is currently a whopping 60% off at Amazon.com

. However, know these are remaindered books, so condition might not be the best.

The collection includes the novels Zero Minus Ten, The Facts of Death, The Man With The Red Tattoo, and the hard-to-find short stories "Live At Five" and "Midsummer Night's Doom."

For news about Raymond's current and upcoming original work visit his official website.
Posted by John Cox at 2:33 PM No comments:

Email ThisBlogThis!Share to TwitterShare to FacebookShare to Pinterest
Tags: Anthologies, Raymond Benson, Short stories, The Facts of Death, The Man With The Red Tattoo, Zero Minus Ten

I always enjoy it when my various fanboy passions cross-pollinate. It's surprising just how many of my fellow Houdini buffs also have an interest in Universal Monsters, or how many of my fellow James Bond fans also love Sherlock Holmes. He's another happy collision. Young Bond author Charlie Higson has written the introduction for a reprint of a classic Doctor Who novel, Doctor Who and the Crusaders (Amazon.co.uk).

What I'd really like to see is Charlie writing episodes for the new series. With his deft handling of horror, children stories, and screenwriting, he seems a natural.

Our friends at Ian Fleming Publications have provided us with full cover art for the just released Norwegian paperback edition of Charlie Higson’s fourth Young Bond novel, Hurricane Gold (Farlig gull). I've always loved this artwork, and I think it looks so much better without the reflective coating that was used on the UK paperback. 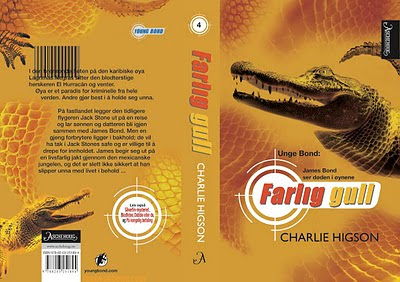 Published by Aschehoug with a translation by Heidi Grinde, Farlig gull finds young James Bond battling American gangsters deep in the jungles of Mexico. Along the way he teams with a Bond Girl named Precious Stone and tangles with a deadly villainess named Mrs. Glass.

A listing has just appeared on Amazon.co.uk for the paperback edition of Jeffery Deaver's new Bond novel, Carte Blanche.

The hardcover is due for release on May 26. This is a pretty quick release for the paperback. In fact, it's so quick, I wonder if this might be a mistake (Amazon sometimes estimates). Nevertheless, I love that it looks like we won't have to wait a full year for this.

I'm in the process of confirming the date and seeing whether cover art is available. Stand by.
Posted by John Cox at 11:58 AM No comments:

Currently both the US and UK editions of Carte Blanche are 42% off. SilverFin shows a discount of 33%. Click below to go. 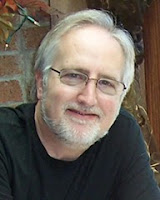 Raymond Benson is embarking on a tour presenting his up-close and personal look at the James Bond phenomenon. Raymond will will provide an entertaining and informative journey into the world of Bond creator Ian Fleming. He will show how Fleming created 007, portray the rise of Bond as a cultural icon through books and films, and discuss his own involvement in the Bond franchise.

Watch Raymond's official website for more upcoming appearances. Also check out the trailer for his new book, The Black Stiletto

I had the great pleasure of participating in some of this.


CLICK HERE to read more about this event at CommandBond.net.
Posted by John Cox at 4:54 PM 1 comment: