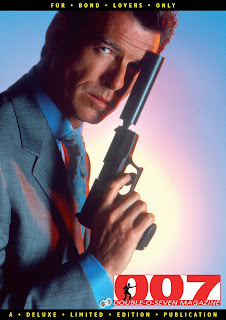 Graham Rye has released a printed version of OO7 Magazine #49. If you recall, this was one of two issues that were released as an online publication only.

Of particular interest to book Bond fans is Hank Reineke’s interview with Ian Fleming biographer and James Bond continuation author, John Pearson, who penned the excellent James Bond The Authorized Biography of 007 in 1973.

FOREVER AND A DAY to be released by Harper Collins in U.S. on November 6 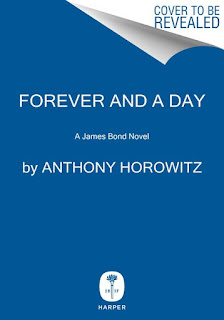 Anthony Horowitz's new James Bond novel Forever and a Day will be released by Harper Collins in the U.S. on November 6, 2018. Harper was also the U.S. publisher of Trigger Mortis.

No cover art or new details about the book on the publisher's website, but we know for the UK press release that the book is a prequel to Casino Royale and chronicles James Bond's first mission as 007.

Pre-order Forever and a Day U.S. edition at Amazon.com (Nov. 6)

Email ThisBlogThis!Share to TwitterShare to FacebookShare to Pinterest
Tags: Anthony Horowitz, Forever and a Day

FOREVER AND A DAY will be released in the U.S. in Fall

Somewhat hidden among the big announcement of the title and plot details for Anthony Horowitz's upcoming Bond, Forever and a Day, was news that the book will be released in the U.S. in Fall. The revelation came via a tweet from IFP (below) and is the first mention of any U.S. release. Still unknown is what publisher will be handling the book. Anthony's last Bond, Trigger Mortis, was released in the U.S. by Harper Collins.


Breaking news! Anthony Horowitz’s new James Bond novel FOREVER AND A DAY is out in the UK in May and in the US this Autumn. The story is an explosive prequel to Fleming’s first Bond novel Casino Royale. We can’t wait to share it with the world. https://t.co/v6X3Yvid5D pic.twitter.com/0Ll2C7cYQN
— Ian Fleming (@TheIanFleming) February 8, 2018


You can pre-order the UK edition of Forever and a Day at Amazon.co.uk.
Posted by John Cox at 10:10 AM No comments: 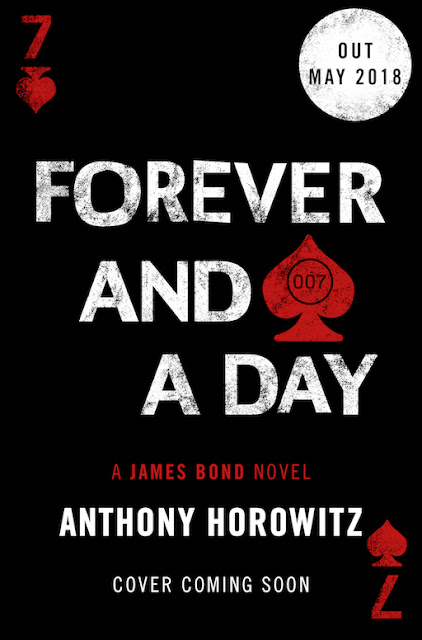 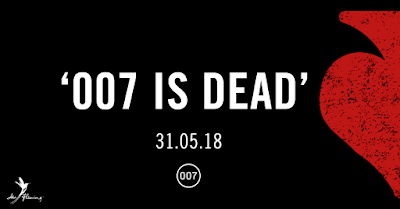 Pre-order Forever and a Day at Amazon.co.uk.
Posted by John Cox at 1:00 AM 7 comments:

Okay, here we go! Author Anthony Horowitz says the title of his new James Bond novel will be revealed tomorrow (2/8).

The Bond title is revealed tomorrow! Four of the most important words in my life, at the moment. And there's another giveaway...
— Anthony Horowitz (@AnthonyHorowitz) February 7, 2018

I will have the title up here on The Book Bond just as soon as I'm able.
Posted by John Cox at 3:56 PM No comments:

Anthony Horowitz keeps teasing Bond fans via his Twitter, and seeing as there has been nothing official about his next Bond, I'll take it!


I have to say, I've just seen the most brilliant cover for F
Whoops! Nearly gave away the title of Bond 2.
— Anthony Horowitz (@AnthonyHorowitz) February 2, 2018


Anthony Horowitz's new Bond novel will be released by Jonathan Cape in the UK in 2018. You can read the press release HERE.
Posted by John Cox at 5:50 PM No comments: