The hardest part about reviewing Steve Cole's first Young Bond novel, Shoot To Kill, is not comparing him to Charlie Higson. In fact, it's too hard. So this will be a review loaded with comparisons, and I will start by making a comparison of a comparison that will probably only be understood by Bond fanatics (but that's why you're here).

With this first book, Steve Cole is to Charlie Higson what John Gardner was to Ian Fleming. This is not a criticism! The John Gardner James Bond continuation novels were solid books that carried on the Bond literary tradition for a new generation. But one had to accept that you were no longer in the hands of the original master -- there's a certain Bondian flavor that's just no longer present -- and how you feel about that will have a lot of do with how much you enjoy Shoot To Kill.

Charlie Higson's five Young Bond novels were dark and layered and embraced by both kids and adults. They were also books about loss. They started with James losing his parents and ended with him losing his innocence and a fair chunk of his soul. The Higson books were about Bond becoming England's "blunt instrument" -- becoming Ian Fleming's James Bond. Cole's first book suggest that his series might be more about building the heroic and stoic 007 -- less Ian Fleming's hero than the James Bond of popular culture. Shoot To Kill is lighter and more straightforward than Higson. It's also a book that feels much less about the times in which it's set (more on this later). While there might not be enough thematic meat here for adults, this might serve the core young readership and the overall Young Bond franchise extremely well. Here's another comparison: If Higson gave us Harry Potter, Cole is giving us Alex Rider. Choose your mega-success.

The plot of Shoot To Kill is well handled and the opening chapter has a terrific Film Noir feel and a nice twist. Young Bond himself feels much like Higson's character, and the Young Bond Girl, Boudicca "Boody" Price, is very well drawn. Steve also does a nice job with the secondary Bond Girl/ally, Tori Wo, an LA journalist. The author offers up several nods to Fleming that hardcore fans will appreciate. The first chapter is titled "You Asked For It" (the title of the first American Casino Royale paperback), and at one point James passes himself off as the son of Hoagy Carmichael (Fleming's physical model for 007). One new contribution Steve makes to the Young Bond universe is that James gets his first handgun -- a custom made air-pistol christened "Queensmarch." I expect this will become the PPK of the continued series.

(Minor spoilers ahead.)
Steve seems most comfortable with the UK locations, with terrific early action set in a Devon movie palace, nicely foreshadowing the Hollywood adventure to come. Steve even introduces a new Bond car: a Hillman Minx. The author obviously researched airships for Bond's Transatlantic crossing on the Allworld, although he does seem to drift a bit trying to find a way to inject action into the sequence, before finding a windstorm that does the trick nicely. But with the explosive cover art, one is just waiting for Bond to get back onboard the villain's sister ship, Zelda, and do what Bond, young or old, does best -- blow it up!

While Steve doesn't quite yet have the Higson touch when it comes to penning atmosphere, he is just as capable with the action scenes. However, Shoot To Kill feels a touch light on action overall, with maybe one too many "tours" of L.A. locations instead of discovering them on the run. The book deflates every time Bond is able to safely return to his hotel (also a problem with Gardner) and talk things over with the many friends and allies who share this adventure with him.

Hollywood is a location that is LONG overdue for a Bond visit, and it's exciting to finally have a Hollywood-set James Bond adventure. Maybe it's because I'm from L.A. and a bit of a Hollywood history buff (I made a point to drive past Bond's Hollywood hotel on release day), but I' feel like the author's handling of the Hollywood locations isn't as well researched or as realized as it could be. There are a few perplexing errors that are hard to get past, such as mentions of the San Diego and Hollywood Freeways, which didn't exist in 1934 (remember Roger Rabbit?). And after establishing LAs famous street cars, Steve has Bond reliant on taking cabs for rides that are in reality only a few blocks.


Steve places villain Anton Kostler's compound in Beverly Hills -- which certainly conjures up visions of wealth and power -- but this somehow feels a bit too contemporary. The Hollywood Hills or even the arid and up-for-grabs expanse of the San Fernando Valley would have been more accurate to the period, especially as space is needed for a studio backlot and an airship. There are also times when it feels like Steve inadvertently lapses into writing a contemporary, or at least a '60s-set, James Bond novel. Not only are there the aforementioned freeways, but there are also "malls" and even an appearance of a Corvette! (The first Corvette rolled off the assembly line the same year of the first James Bond novel, 1953.) But, again, I doubt any of this will matter to the core readership, who might dig the mentions of Beverly Hills, malls, and a Corvette. (I'm also reviewing this from a proof, so it's possible these errors have been corrected in the final UK hardcover.)

On the plus side, when young Bond and his friends become caught up in a Hollywood Blvd. riot, it recalls The Day of the Locust, and paints a city bubbling with unrest and contradictions. This feels very nicely keyed into the period and here at last is the Young Bond book of my imagination. I also appreciated the astute choice of the Hollywood Plaza Hotel, and the mentions of landmarks such as the Chinese Theater, the HOLLYWOODLAND sign (as it read back then), and the Hollywood Forever cemetery.

Steve Cole is off to a very good start with Shoot To Kill. But like young James at his Hollywood party, he seems a bit star-struck on this first outing, and who can blame him. So like John Gardner in his first book, License Renewed, Steve stays within the formula and guidelines and concentrates on getting the character of James Bond correct, and in this he succeeds admirably. Now here's hoping Steve will write a Young Bond book that will challenge his new fans and himself. It took Gardner three books until he felt he could slip out from under Fleming's shadow and write his own James Bond novel, and he knocked it out of the park with Icebreaker.

Thanks to Penguin Random House UK Children’s for the beautiful Kev Walker illustrations.
Posted by John Cox at 4:16 PM 8 comments: 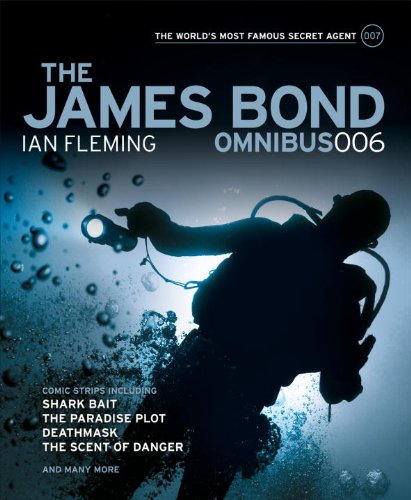 This time the stories include: Shark Bait, Doomcrack, The Paradise Plot, Deathmask, Flittermouse, Polestar, The Scent of Danger, Snake Goddess, and Double Eagle.

UK: Purchase James Bond Omnibus Vol. 006 on Amazon.co.uk
Posted by John Cox at 6:37 AM No comments:

Click on the headline to read an excellent article by Steve Cole in The Independent about how "James Bond books aren’t just for boys." The piece also include a nice new Kev Walker illustration showing Young Bond in action in Shoot To Kill.
Posted by John Cox at 12:01 PM No comments:

Steve Cole's next will "test poor James as never before." 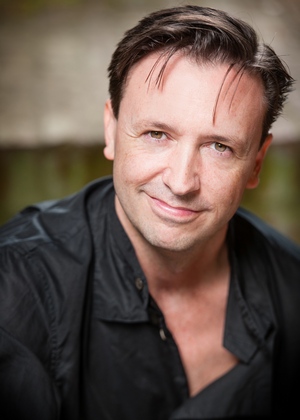 The Guardian has an interview with author Steve Cole talking about his first Young Bond novel, Shoot To Kill, out now in the UK. When asked about his next Young Bond adventure, Steve doesn't give out any details, but he did confirm that it will be "out this time next year" and he says:

"I can reveal that it will test poor James as never before."

Shoot To Kill was released in hardcover in the UK by Random House Children's on November 6. There is yet no U.S. release date.

Purchase Shoot To Kill at Amazon.co.uk
Posted by John Cox at 5:03 PM 5 comments:

In Steve Cole's debut Young Bond novel, Shoot to Kill, James Bond pays his first visit to the United States by traveling to Hollywood, California, which was quite an exciting destination in 1934 (the year the book is set).

Steve appears to have done his research when it comes to Bond's choice of hotel during his action-packed stay. Instead of the obvious Hollywood Hotel (or the less obvious, but would-have-been-cool, Knickerbocker Hotel), Steve lands Bond at The Hollywood Plaza, located at the famous intersection of Hollywood and Vine. Opened in 1925, this was said to be Hollywood's most "cosmopolitan and sophisticated hostelry", and unlike the Hollywood Hotel, The Hollywood Plaza still exists today, although it is a dim shadow of what it once was (I made a point to drive past it on the book's release day).

So before you dive into Shoot To Kill, I'd recommend reading up on the The Hollywood Plaza at the blog Paradise Leased, which has an excellent and very detailed history of Young Bond's Hollywood home.

Shoot To Kill is out now in the UK in hardcover and can be purchased at Amazon.co.uk. There is yet no announced U.S. release date.

Watch for my Book Bond Review of Shoot To Kill soon.
Posted by John Cox at 1:34 PM No comments:

Steve Cole's first Young Bond novel, SHOOT TO KILL, is released today in the UK. In Shoot To Kill Steve picks up where Charlie Higson left off and sends young James Bond into action in Hollywood. No U.S. release date has yet been announced. 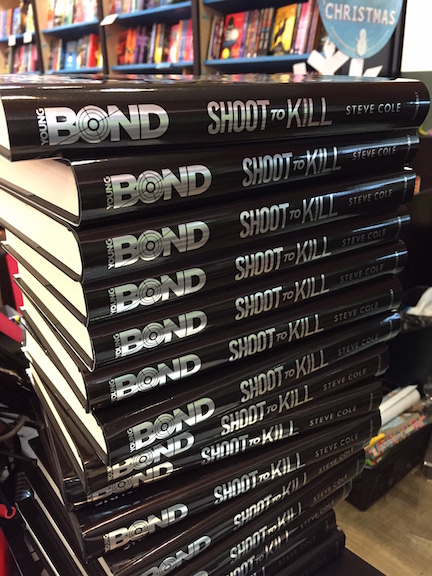 Purchase Shoot To Kill at Amazon.co.uk

Steve Cole will be touring UK stores starting today. Below is the current schedule:

Thanks to Mark Witherspoon for the pic.
Posted by John Cox at 12:00 AM 2 comments: 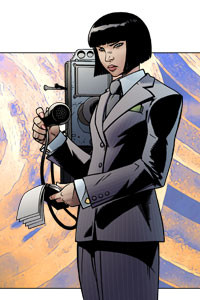 The official Young Bond website has revealed another character from Steve Cole's Shoot To Kill. Tori Wo will be joining young James in action in the Steve's first Young Bond novel due out in the UK on Thursday. Here's her character description from the site:

TORI WO
An LA journalist who is close to getting a big scoop on a story of gangsters, corruption and murder in the heart of Hollywood. Tori is hardy and brazen when it comes to chasing the story but compassionate to others when they need help.


Pre-order Shoot To Kill from Amazon.co.uk.
Posted by John Cox at 2:23 PM No comments: