Author Anthony Horowitz has tweeted a small but intriguing update about his new James Bond novel:


Interestingly, only one James Bond novel has contained the word "and" in the title...AND it's not hard to remember which one.

Anthony Horowitz's "James Bond book 2" will be released by Jonathan Cape in the UK in 2018. You can read the press release HERE.
Posted by John Cox at 5:23 PM 6 comments: 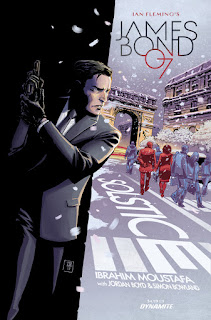 In James Bond: Solstice, 007 accepts a mysterious, unofficial mission in Paris. He's to pursue a dangerous Russian, and do…what is necessary. But is Bond the hunter, or the hunted? A stunning thirty-page tale by superstar writer/artist Ibrahim Moustafa.


You can purchase  James Bond: Solstice in stores, Amazon.com, and Midtown Comics Online.
Posted by John Cox at 12:00 AM No comments:

Dynamite to explore backstory of 'M' in new comic

Dynamite has announced a new one-shot comic that will explore the backstory of James Bond's boss "M". James Bond: M will be relased in February 2018. Below is the cover art and press release. 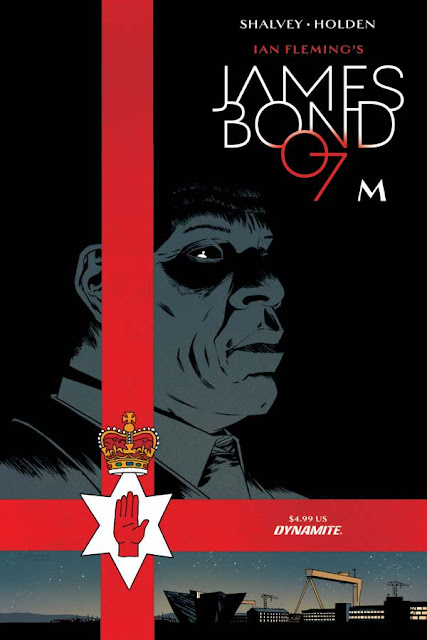 November 21, 2017, Mt. Laurel, NJ: Dynamite Entertainment and Ian Fleming Publications Ltd. are pleased to announce that superstar writer Declan Shalvey and artist PJ Holden have been tapped to helm the latest entry into the James Bond universe with James Bond: M. The new one-shot will delve into the back-story of Bond's superior, M, and his time in the field prior to his ascension as head of England's MI6. The standalone story, which features 40-pages of heart-stopping international intrigue and espionage, is set for launch in February 2018!

James Bond's superior, code-named M, scrambles MI6's secret agents across the globe. Sometimes, he knowingly sends them to their deaths, for the greater good. But a traumatic event from M's early days in the field returns to haunt him, forcing M to return to Belfast, the scene of a crime…HIS crime.

Writer Declan Shalvey says, "I'm delighted to play around in the Bond playpen for this one-shot. Myself and PJ Holden have talked a lot about what we'd like to see in this story, we want to take a British spy and put him in a world that is both foreign and familiar. Belfast is such a unique place and a really great opportunity to do something different with a Bond character yet will still feel very much of that world. PJ is such a fantastic storyteller, I'm excited to see what he does with this story, being from Belfast himself. I love one-shots, and I know that PJ, along with Dearbhla Kelly are going to make this a beautiful package."

Raised in the West of Ireland, a graduate of Limerick School of Art and Design, and winner of an Eagle Award for Hero Killer, his first published comic, Declan Shalvey's first professional work was in the UK scene with noir indie-books and adaptations of classical literature. He later came to prominence in the American market with his moody, atmospheric work with his arc on Moon Knight. He has since worked with several large publishers to write the hit series Civil War II, Deadpool vs Old Man Logan, and Venomverse: War Stories.

Artist PJ Holden says, "Look I've walked the streets of Belfast checking dead letter drops and wanting to be a super spy since I was 7 years old, I'm pumped and primed for this. Bringing Bond's boss M to Belfast is the job I was born for."

PJ Holden is a Belfast-based artist that began his comic book career in 1997 with Fantagraphic's Holy Cross #3, before finding critical acclaim 3 years later for his work on 2000 AD and Judge Dredd. Holden saw his big break in the America market with his mini-series Fearless before forming his own company, Infurious Comics, which aims to produce mobile comics for iOS devices, Holden himself designed the Comic Reader App in order to facilitate the project, which the BBC referred to as one of "four pioneering web innovations" flying the flag for UK digital innovation.

"It is always such an honor to work with a master like Declan Shalvey, and we're excited to see his unique take on the Bond Universe and working together again with PJ (Holden)," says Nick Barrucci, CEO and Publisher for Dynamite. "We're certain that with his unbelievable ability to craft an intricate story, combined with the stunning artwork of PJ Holden, M's long overdue profile will be as superior as the character himself!" 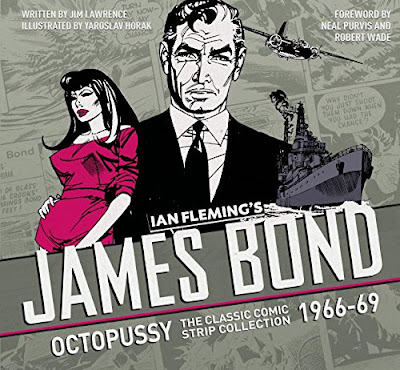 James Bond is back in action in this deluxe omnibus with four timeless tales starring Agent 007. Featuring the iconic Octopussy and The Hildebrand Rarity, based on the short stories by Ian Fleming, which are presented alongside The Harpies and River of Death, two unique adventures created by Jim Lawrence. This lavishly presented, high-action adventure is restored from the original Daily Express comic strips. 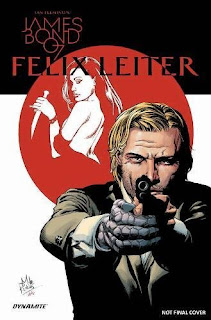 Even though it still shows a November 28 release date, it appears the collected hardcover edition of Dynamite's James Bond spin off FELIX LEITER is now shipping from Amazon (U.S.).

Felix Leiter finds himself in Japan, tracking down a beautiful, Russian spy from his past. But when the mission takes a turn for the worse, he will discover that there are more deadly schemes afoot in Tokyo and beyond! From superstar creative team James Robinson and Aaron Campbell comes the Bond spin-off highlighting 007’s American counterpart, blending spy thrills with the dark alleys and darker deeds of crime fiction!

Three new "Vintage Classic" hardcover editions of Ian Fleming's Casino Royale, Live and Let Die and Goldfinger have been released in the UK.  The books sport beautiful original cover art and endpapers by Levente Szabo, and include never-before-seen material from the Ian Fleming and Jonathan Cape archives, including letters, documents and photographs. Each book also has an introduction by writer, flim-maker and James Bond expert John Cork. 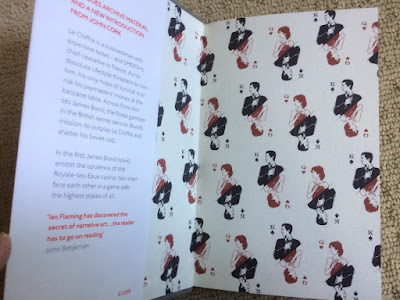 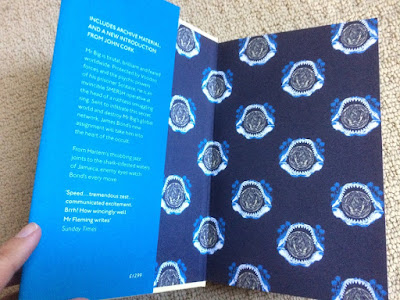 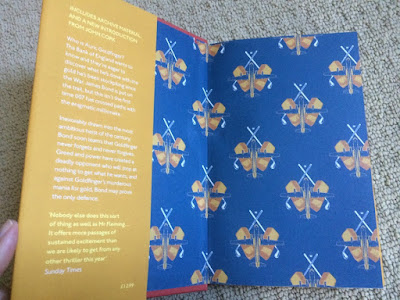