Here's a Brazilian trade paperback edition of John Gardner's 1984 Bond novel, Role of Honor. What I like about this cover is that it plays up the technological theme of the book. Gardner's fourth book was the first 007 adventure to really involve James Bond in the age of computers. (The movie Bond would follow suit a year later in A View To A Kill.) But this angle wasn't featured on many covers or adverts, which instead played up the idea that in this book Bond leaves the service and becomes a free agent. 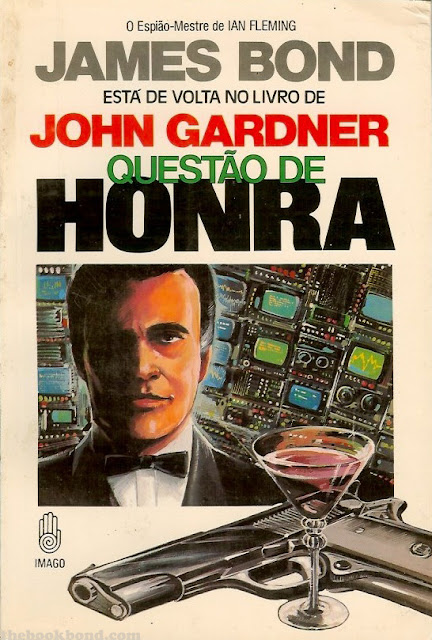 I also like how this cover anticipates the poster art for 1997s Tomorrow Never Dies with a tuxedoed Bond against a backdrop of monitors. 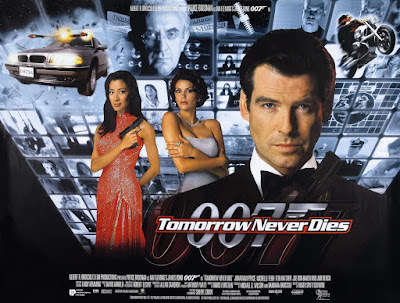 Visit The Book Bond's special Gardner Renewed page for links to all the John Gardner James Bond reprints in the U.S. and UK.
Posted by John Cox at 12:52 PM