On April 27, 1981, James Bond returned in John Gardner's License Renewed. The book was first published in the U.S. by Merek/Putnam. (Jonathan Cape would publish the book in the UK in May.) The novel finds an un-aged but updated James Bond 007 battling a tyrannical Scottish Laird who is threatening to cause a series of nuclear meltdowns. It became a New York Times Bestseller and spawned a series of 14 original books by Gardner, proving that James Bond could have a literary life beyond his creator. 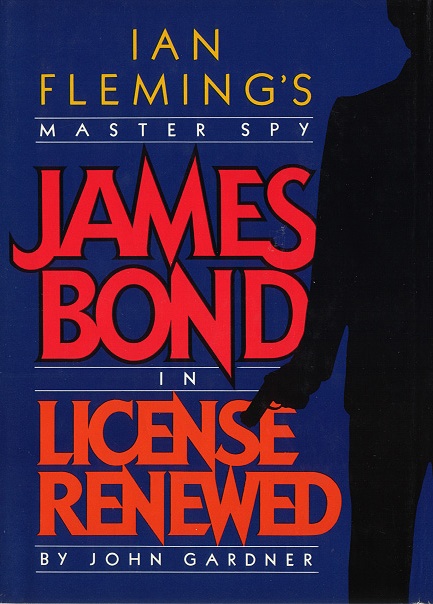 License Renewed holds a lot of significance for me personally. While I had always enjoyed James Bond films–my first being Diamonds Are Forever on television and The Spy Who Love Me in theaters–it was the summer of 1981 that I became a fanatic. Everything seemed new and fresh and filled with possibility. I was seeing advance posters and stills from the upcoming Bond film, For Your Eyes Only, which promised to be a very different Bond for the '80s. I had my first car, a Fiat Spider 2000, so suddenly I was living a Bond lifestyle, if only in my head. And to top it all off the literary Bond returned in License Renewed, a book I read and loved.
Seems I wasn't the only one feeling a sense of new beginnings. In a widely syndicated review of the book for the New York Daily News, critic Bob Green wrote:

James Bond is alive! And in a way it's appropriate that he should be coming back at precisely this time. When Ian Fleming died in '64 the world was just beginning to go into its mass nervous break down, which made society so schizoid for so many years. In the late '60s and '70s, there was really no place for a man like Bond.
Somehow, though, 1981 appears to be the year in which heroes are welcome again. People seem to be a little less cynical, perhaps even less selfish, than they have been for a while. Who better to step into this new world than James Bond himself, the last great hero from the pre-craziness era?

Words that could apply 40 years later!
Feel free to share your own memories of License Renewed in the comments below.
Posted by John Cox at 8:14 AM