Here's a very special treat for the 40th anniversary of John Gardner's License Renewed. Our good friend Delmo Walters Jr. recalls that the book was serialized in the New York Post in late July/August 1981. The installments included original illustrations by artist Rick Tulka, whose style you might recognize from his work in MAD magazine. I was not aware of this serialization nor have I ever seen Tulka's Bond artwork. So Delmo kindly sent over ten illustrations from his own collection for all of us to enjoy.

My plan is to share one illustration per day for the next ten days. So let's kick it off with Rick Tulka's vision of 007 in the 1980s. Gotta love the tie! 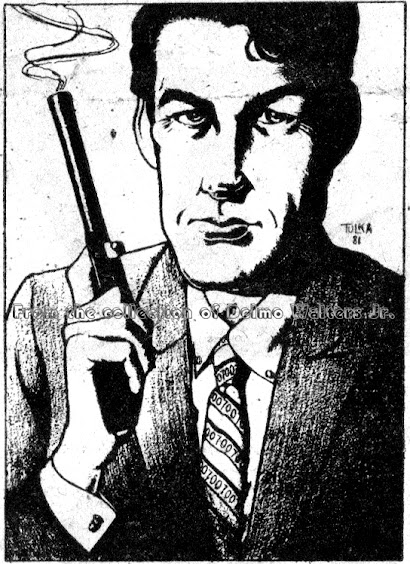 I described to the Glidrose Board how I wanted to put Bond to sleep where Fleming had left him in the sixties, waking him up now in the 80s having made sure he had not aged, but had accumulated modern thinking on the question of Intelligence and Security matters. Most of all I wanted him to have operational know-how: the reality of correct tradecraft and modern gee-whiz technology. — John Gardner