Today Bond has his final battle with henchman Caber in the back of Anton Murik's C-130. 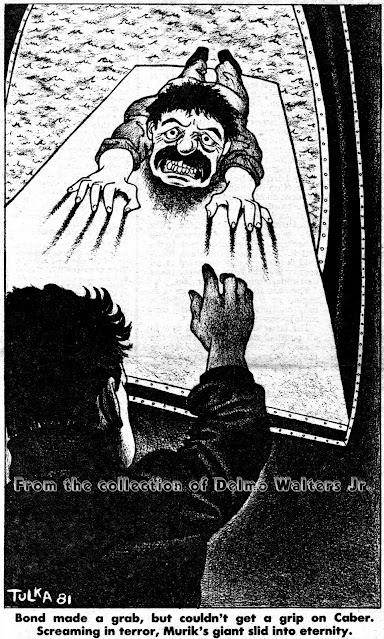 If this once again seems strangely familiar, that's because Bond has his climatic fight with henchman Necros in the back of a C-130 in the 1987 Bond film, The Living Daylights. Eon Productions appeared to freely harvest ideas from the Gardner books. It's shame they never did a proper adaptation, starting with License Renewed.
Tomorrow: Bonus
Posted by John Cox at 8:13 AM