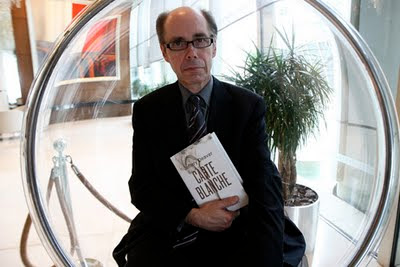 A loyal reader from North Carolina recently attended a book signing for Jeffrey Deaver's new novel, The Burial Hour. Deaver was the author of the 2011 James Bond continuation novel, Carte Blanche, which rebooted 007 into the present day. At the time the author said he was open to writing another Bond, and that he might set it in Australia.

During the signing Deaver was asked if there were any plans for that second Bond novel. Deaver revealed that he had been approached to do one, but decided to turn it down. He said he didn't care for the amount of creative oversight and the monetary split that comes with doing a Bond novel.

Will we ever see a continuation of that modern day James Bond timeline? If so, it appears it won't be Deaver doing it.

Thanks to our friend in NC for this.
Posted by John Cox at 9:41 AM