Steve Cole confirms May release for next YOUNG BOND

Steve Cole has confirmed that his next Young Bond novel will be released in May 2016. Steve posted the following on Facebook. 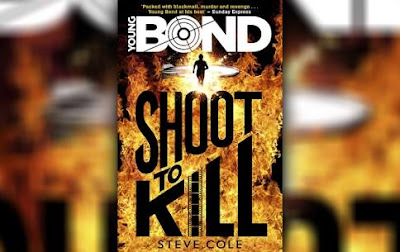 Special Young Bond event at Cheltenham Festival next Saturday, where I'll be revealing the title and cover of my second adventure for Jimmy B, out next May (and launching the paperback edition of Shoot to Kill). http://www.cheltenhamfestivals.com/literature/whats-on/2015/young-bond/


This jibes with a current Amazon listing that shows Steve Cole's "Untitled Young Bond" coming out on May 5, 2016. This listing is for a paperback edition, so it's looking likely that the next Young Bond book will not get a hardcover release as did Steve's first book, Shoot To Kill.

The paperback edition of Shoot To Kill will be released on October 22 and can be pre-ordered on Amazon.co.uk.
Posted by John Cox at 12:27 PM