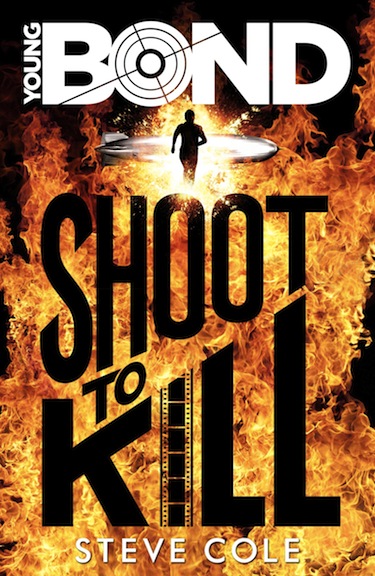 You may have noticed this cover art is now featured on the Amazon.co.uk page for the Shoot To Kill paperback due out May 7, 2015. I've been told this is not the final artwork. Indeed, the art was pulled down from publisher Red Fox's website where it had initially appeared.

I was expecting it to vanish from Amazon as well, but as it now appears to be sticking around as a place holder, I thought I'd share it here and clarify. Even though it's just a prototype, I wouldn't mind seeing a final cover that's looks like this. I think it's pretty effective.


In Shoot To Kill, Steve Cole picks up where Charlie Higson left off and sends James Bond to Hollywood on his first trip to the United States. The book was released in hardcover in the UK by Random House Children's on November 6.

UPDATE: The final cover art has now been revealed and it is indeed very close to the artwork we see here. The release date for this UK paperback is now October 29, 2015.
Posted by John Cox at 1:11 PM