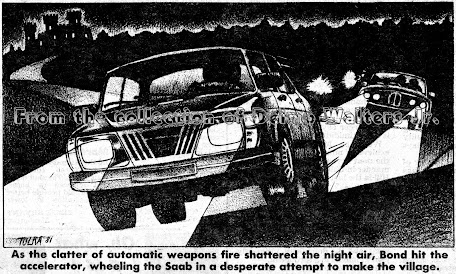 Yes, James Bond drove a Saab in the first three John Gardner books, and it was awesome! At least I thought so. Check out my post: BOND'S BEAST - WHEN OO7 DROVE A SAAB.
Tomorrow: Sniper's roost
Posted by John Cox at 8:07 AM