CBR.com reports that Dynamite will continue where Charlie Higson and Steve Cole left off in JAMES BOND ORIGN. News of this series first broke last year. Exciting to finally get details and cover art! 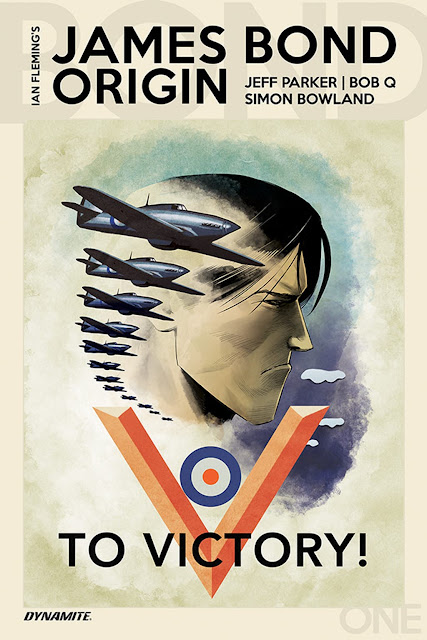 Writer Jeff Parker and artist Bob Q will revisit how the future 007 got his start in James Bond Origin, arriving in September from Dynamite Entertainment and Ian Fleming Publications Ltd.

The new ongoing series will take readers back to March 1941, and introduce 17-year-old James Bond as a restless student in Scotland who’s eager to make his mark on the world. However, a visit by an old family friend coincides with the devastating Clydebank Blitz, forcing James to fight to survive.

“It’s a weighty challenge to reverse-engineer this icon into a young man on a life’s journey of danger, but Nate Cosby paired me up with Bob Q, who not only brings the gravitas of war in 1941 Europe, but nails the promising hero in his youth,” Parker said in a statement. “James doesn’t have the vast experience of a double-O agent yet, but he’s tenacious and a lightning-quick study. Bob and I work to show the full force of Bond’s spirit.”


You can see all the variant covers for Issue One at CBR.

Thanks to Tanner at Double O Section for the alert.
Posted by John Cox at 8:12 PM