Today marks the tenth anniversary of Daniel Craig's debut as James Bond in Casino Royale. The film was an adaptation of Ian Fleming's first James Bond novel. A great book and a great film. Below is a trade paperback from Penguin which re-released the book with movie poster art. 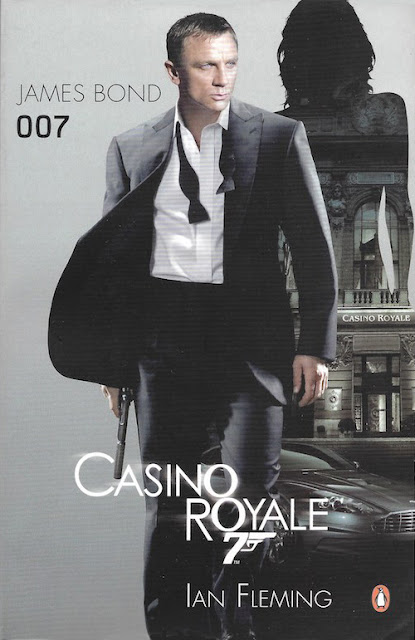 For the record, the Bond book that year was Charlie Higson's Blood Fever, which many consider the best of the Young Bond novels. So this was a good year for Bond!

For more tie-in editions CLICK HERE.
Posted by John Cox at 9:26 AM