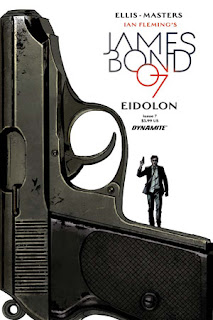 
You can purchase James Bond #7 at the Dynamite website. A hardcover collected edition of the previous story, VARGR, will be released on July 5 and can be pre-ordered on Amazon.com (U.S.) and Amazon.co.uk (UK).
Posted by John Cox at 12:08 PM