Will we get TWO Young Bond books this year?

Steve Cole has tweeted this pic of the limited hardcover edition of his second Young Bond novel, Heads You Die, which will be released May 5 in the UK along with a paperback edition. The limited hardcover will be signed and numbered and contain extra material. It can be pre-ordered at Amazon.co.uk. 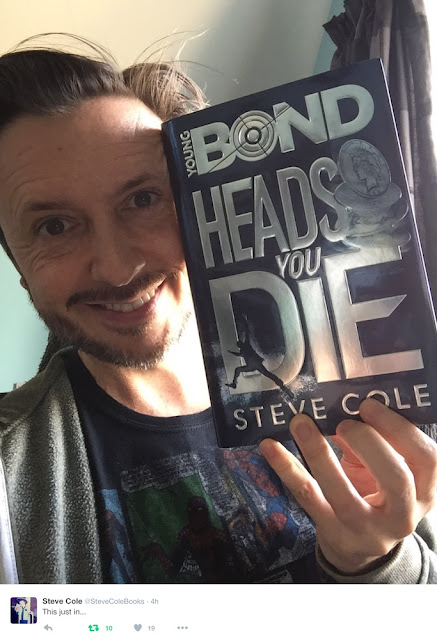 But what I'm more interested in this morning is what the eagle-eyed folks at the CommanderBond.net Twitter (@CBn007) spotted in the author description below. Is it possible we'll get Steve's third Young Bond adventure later this year? 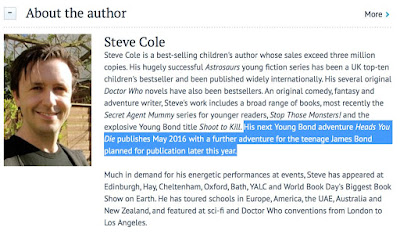 Steve's only comment, "Never mind that, I just can't believe how young I was when that picture was taken."

UPDATE: This also appears on the official Penguin website, so I'm thinking we can bank on seeing Young Bond 8 this year!