Here's a plot summery for Steve Cole's upcoming Young Bond novel, Heads You Die. This comes from the book jacket itself and offers more details than what's currently on Amazon. 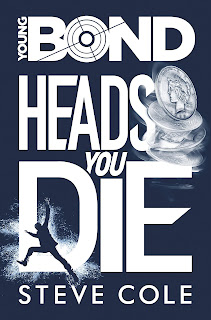 James's Cuban holiday has become a nightmare mission to save one of the last remaining links to his past. If he is ever to see his friend again, he must steal the darkest secret of a man with 1,000 ways to kill.

Pursued by corrupt cops and hired assassins, James's quest takes him from the sun-drenched streets of Havana to a mystery wreck deep in Caribbean water – and beyond to a deadly showdown. As a countdown to mass murder begins and killers close in, fates will be decided with the flip of a coin.


One wonders if this old friend James is protecting will be a character from the Higson novels? Also sound like we'll be getting some underwater action in this outing.

Heads You Die will be released in the UK on May 5, 2016 in paperback and as a limited edition hardcover. Steve recently signed 2000 copies of the hardcover (below). 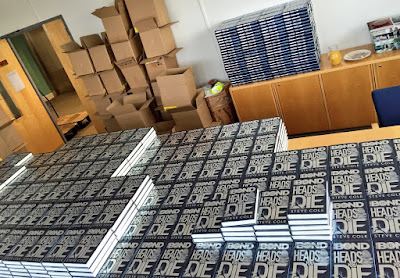 While it has yet to be officially confirmed, it appears Heads You Die will be the first of TWO Steve Cole Young Bond novels to be released this year.
Posted by John Cox at 1:58 PM