In an exclusive interview with writer Warren Ellis, Comic Book Resources has revealed that Dynimite's next James Bond story arc will begin in issue #7 and will be called Eidolon. They've also revealed that SPECTRE will be part of the new story. 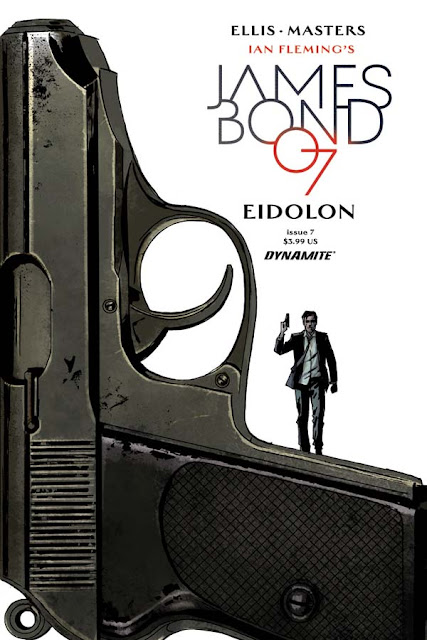 
Read the full interview at Comic Book Resources
Posted by John Cox at 10:14 AM