Could Boyd's Bond novel be set in Africa? 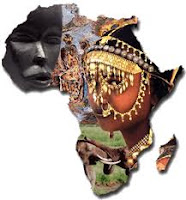 In their article about the selection of William Boyd to write the next James Bond novel, The Spectator included this intriguing final paragraph:

As for where the action will be set, did he give a clue at the recent Oxford Literary Festival? He said that he was working on a novel set in Africa. You could assume that he was referring to the new Bond book, but with the prolific Boyd you can’t be sure. But I like the idea of Bond being blown around post-colonial Africa on the winds of change.

I also like the idea of Bond "being blown around post-colonial Africa" (in 1969), but I'm thinking The Spectator has it wrong here. Certainly Boyd hasn't started on his Bond book yet; this Africa book is probably his next original novel. And as Jeffery Deaver set a large part of Carte Blanche in South Africa, it's unlikely IFP would want to repeat the location so soon (but Boyd did say IFP allow their Bond authors to do their own thing).

But I guess every word out of Boyd's mouth from now on is fair game for speculation. Welcome to the world of 007, Mr. Boyd. :)
Posted by John Cox at 8:06 AM