Okay, after being preempted by the big news last week of the new William Boyd James Bond novel, lets continue on with our look back at vintage John Gardner newspaper adverts. Here is an April 19, 1987 ad from the Sunday Los Angeles Times Book Review section for Gardner's sixth original James Bond novel, No Deals, Mr. Bond. 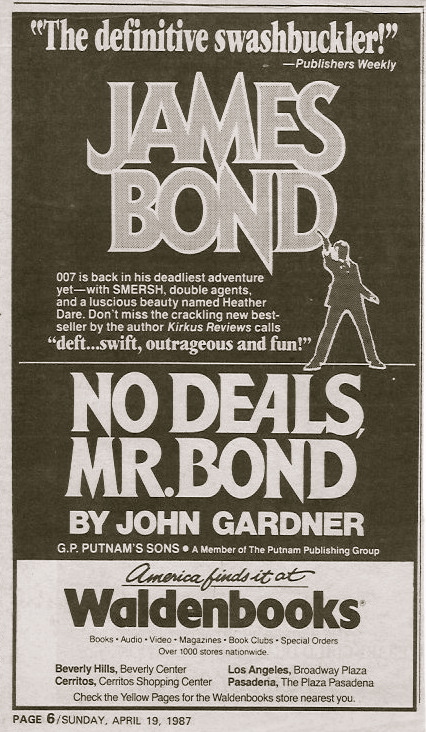 Unfortunately, I don't have an ad like the above for 1986's Nobody Lives Forever. Either I missed it, or one was never done. The only ad I have for Gardner's fifth Bond is this ad by Crown Books. Crown was an aggressive discount book chain that would eventually knock off Waldenbooks and B. Dalton. 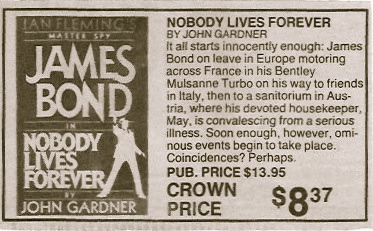 No Deals, Mr. Bond and Nobody Lives Forever will both be released as part of the John Gardner reissues in the U.S. and UK this year. Click here for dates and pre-order links.