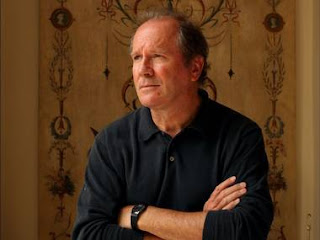 There have been been a slew of articles about William Boyd's appointment as the author of the next James Bond novel. There is a very good profile in The Independent about Boyd and his work (William Boyd: Our man in 007 land). Also PRI radio has a nice interview with the author, which includes this encouraging quote:

“The films in a way rely on cars and guns and all that sort of thing,” Boyd said, “but in a novel, describing some elaborate gadget isn’t quite the same as seeing it on the screen. So you’re much better to fall back on story and character and various dilemmas that the hero finds himself in, than dressing it up with the latest high-tech available.”

Boyd's yet untitled James Bond novel will be published in Fall of 2013 by Jonathan Cape in the UK and HarperCollins in the U.S. and Canada. Read the full press release here.
Posted by John Cox at 7:05 PM