Deaver could send Bond to Australia in Book 2 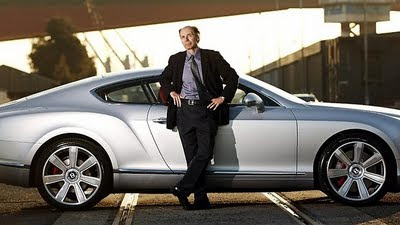 Maybe he was just playing to the local crowd, but the Herald Sun reports that Bond author Jeffery Deaver told an audience in Melbourne, Australia -- where he is currently on tour promoting Carte Blanche

-- that he might send Bond Down Under if he writes another Bond novel.

"He could shoot a few bad guys in Melbourne quite easily," said the author. "And find many attractive Bond girls here." Deaver said he was drawn to the city's culture and aesthetics, describing it as a "very attractive place to be."

Of course, Deaver has stated that he needs to return to his other series' before considering a second Bond. But should he do a Carte Blanche follow-up, Australia really would be an ideal location. As was the case with South Africa, the country has been largely overlooked in the Bond universe.

Raymond Benson sent Bond briefly to the Australian Outback in Zero Minus Ten (as well as in his a role-playing game, Back of Beyond). John Pearson sends Bond off to Australia at the end of his James Bond The Authorized Biography. Unfortunately, he never did a follow-up book that, presumably, would have shown us this mission (said to involve Irma Bunt).

The films have ignored Australia completely.

Deaver also had praise for the only Australian Bond, George Lazenby (On Her Majesty's Secret Service), saying he was "very underrated". He also thinks Guy Pierce could be the next Aussie 007. "The original artist's conception of Bond looks very much like Pierce; he's a dead ringer."

Deaver's Australian book tour continues through Monday. He'll then travel to New Zealand for a special event on Thursday.
Posted by John Cox at 7:57 AM