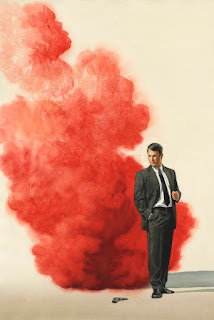 Showbiz trade paper Daily Variety reports that Eon Productions, the producers behind the James Bond film franchise, will not be picking up an option to film the bestselling new James Bond novel Devil May Care by Sebastian Faulks.

“We love the book, but because it is set in the 1960s, we haven’t considered making it in the near future,” Barbara Broccoli and Michael G. Wilson told the paper.

However, Variety draws attention to the Young Bond series and states: “The Higson books would appear ripe for cinematic adaptation.”

Rumors of a possible Young Bond film began almost the moment the series was first announced in 2005 (with Daniel Radcliffe repeatedly touted for the lead roll), and author Charlie Higson admits they’ve “had offers from Spielberg on down.”

However, the official word from Ian Fleming Publications is that they want to firmly establish Young Bond as a literary franchise before they even consider films.

Says Charlie; “We wanted to remind people about the books and the literary origins of Bond, we wanted kids reading books, and we thought if we just start making films, the kids will just go and watch the films and they won't read the books.”
Posted by John Cox at 9:12 AM