The jacket image for Devil May Care by Sebastian Faulks is unveiled today by publisher Penguin. The cover features model Tuuli Shipster, muse of the British photographer, Rankin (whose subjects include Young Bond author Charlie Higson). 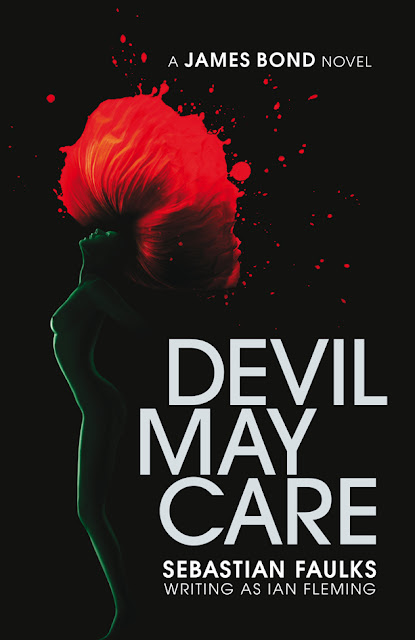 Tuuli is just one of the elements on the cover of the eagerly-awaited new Bond book. The cover image features a blood red flower with the silhouette of a naked woman as its stem, against a black background – strictly for your eyes only.

Alex Clarke, Penguin Editor of Devil May Care, says: "The cover had to be something stylish and sophisticated - all the things that one associates with Fleming's James Bond. With such a great concept the challenge was then to find the perfect girl to bring it to life. We just knew the moment we saw her that Tuuli was our Bond girl.”

The jacket image was created by the award winning design agency, The Partners, who work with some of Britain’s oldest heritage brands including Jaguar, Wedgwood, Harrods, the BBC and The National Gallery.

Jack Renwick, Creative Director, The Partners says: “It’s an honour to become a small part of Bond’s rich visual history. Bond is sex, intrigue and violence. We wanted to capture this and give a subtle nod to the familiar, iconic Bond images of old. It is with great pride that The Partners adds Penguin’s latest Bond to their portfolio.”

The cover photograph was taken by British photographer and commercials director, Kevin Summers.

Devil May Care will be published in hardback by Penguin Books in the UK and its territories (Ireland, Australia, New Zealand, South Africa, India and Europe) on 28th May 2008. It will be published around the world on the same date, in all major (and many minor) languages. Many of the publishers will be using this jacket.
Posted by The Book Bond at 4:02 PM