Higson: YOUNG BOND 5 may not have a happy ending 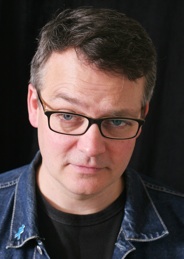 In a newly posted video interview at Spinebreakers.com, Charlie Higson cautions that his fifth and final Young Bond novel will not have a particularly happy ending.

Charlie spoke at length about how he wanted his Young Bond series to show the first step in how James Bond evolved from being “a very ordinary kid” into the “cold blooded assassin” from the Fleming books. While the books have so far toughed Bond considerably and introduced him to a dangerous world of despots and killers, in this final book Charlie says Bond “learns quite a few nasty lessons about life and people and who you can trust.”

“It’s not going to be a particularly happy ending to Book 5,” says Charlie. “I will be interested to see how kids react to that.”

While, obviously, James Bond can’t die in the Young Bond novels, Charlie says no safety net extends to his friends.

This news combined with the recent revelation that Bond “falls in love” in Book 5 (presumably with Roan the maid who, according to Fleming, is instrumental in Bond’s expulsion from Eton), Young Bond 5 is shaping up to be a very interesting final book indeed!