Today I'm excited to reveal cover art for the limited signed hardcover edition of Steve Cole's next Young Bond novel, Red Nemesis. The book will be released in the UK on May 4. The hardcover will contain extra content not available in the paperback edition. Also below is text from the hardcover jacket that gives new clues what to expect from Steve's final Young Bond adventure. 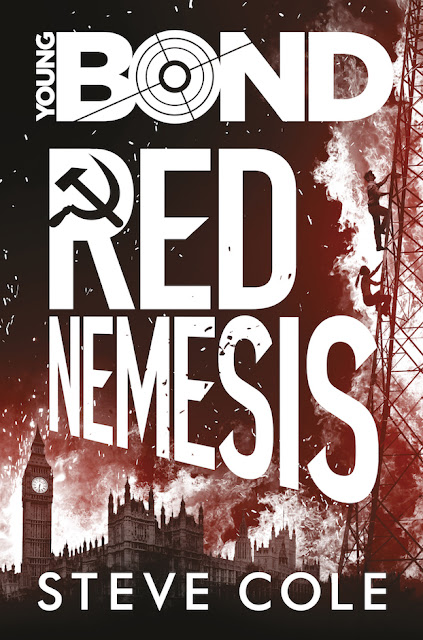 Bond fans old and new will be thrilled with Steve Cole's skillful IFPL-approved elucidation of James Bond's mysterious family history . . .

Steve Cole's final addition to the Young Bond cannon brings James to the brink of destruction in a blistering adventure that comes to a climax in the iconic heart of London. This story shows the young James coming into his own as a proto-spy, and a showdown with a high-level MI6 double-agent, that references classic Bond adventures and is full of Soviet intrigue, cements Bond's hero status on home turf.


Pre-order Red Nemesis in hardcover or paperback from Amazon.co.uk.
Posted by John Cox at 7:00 AM