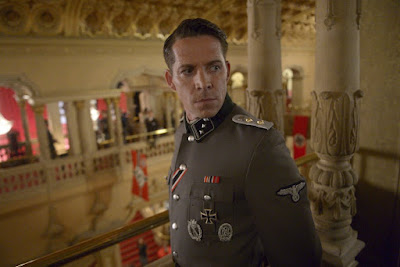 POPSUGAR Entertainment recently spoke to the actor about his role:

PS: What excited you the most about playing Ian Fleming? Were you a fan of James Bond growing up?

SM: Of course! You know, I'm a boy that grew up in London. I mean, James Bond is the epitome of a cool, masculine, suave guy. There can't be many guys in Britain that don't aspire to be a little bit like James Bond. As I said, Jim Barnes wrote it knowing that we'd react by saying, "Oh, that's where that comes from in Bond," or, "That's the trait we see in the Bond character." For me, it was essentially as close as I'll ever get to playing James Bond, and I relished every second of it.


You can read the full interview HERE. Timeless airs on NBC Monday's at 10/9c. For more details and more images visit NBC.com.

Thanks to Gary J. Firuta.

UPDATE: Here's a screen capture of Ian Fleming's Weapon of Choice, the Bond book (and film) created by time travel. 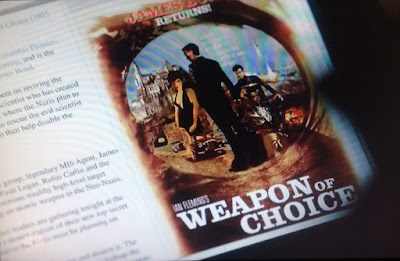