The first issue of Dynamite's James Bond HAMMERHEAD six-part miniseries is out now, and CBLDF (Comic Book Legal Defense Fund) has this terrific exclusive cover that evokes the British Pan paperbacks of the 1950s. Love it! 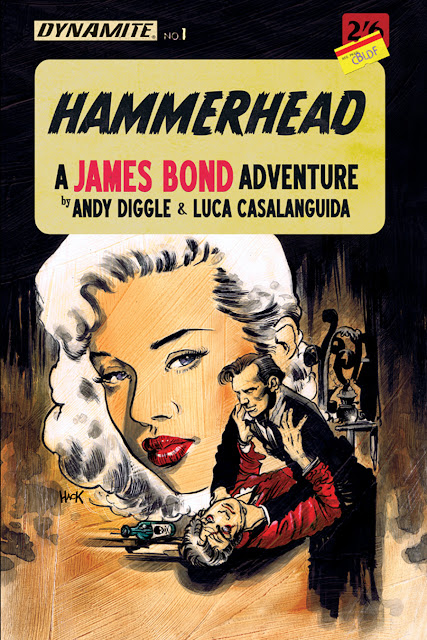 
It looks like this exclusive might be tricky to track down. I refer you to the CBLDF website for details. You can buy the regular issue via Dynamite.

Thanks to Tanner at Double O Section for the alert.
Posted by John Cox at 9:06 AM