Steve Cole's fourth Young Bond adventure Red Nemesis is now available for pre-order at Amazon.co.uk. As with the last two books, Red Nemesis will be released simultaneously in hardcover and paperback. It's due for release on May 4, 2017. 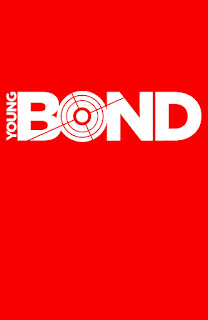 James is back in Steve Cole's fourth and final blistering Young Bond adventure . . .


This year has seen the release of two Young Bond books, Heads You Die and the excellent Strike Lightning. The plot description confirms that this will be Steve Cole's final Young Bond novel.

Pre-order Red Nemesis at Amazon.co.uk.
Posted by John Cox at 7:03 AM