Amazon now has a listing for a Dynamite hardcover graphic novel of Ian Fleming's Casino Royale written by Van Jensen with art by Matthew Southworth. Release date shows as November 22, 2016. 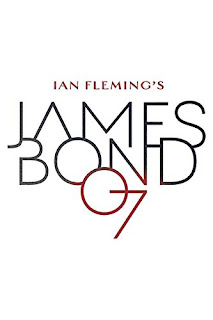 Ian Fleming's literary debut of British Secret Service agent 007 is stylishly adapted to the sequential art medium by Van Jensen and Matt Southworth in the official James Bond: Casino Royale graphic novel. Sent to a French casino in Royale-les-Eaux, Bond aims to eliminate the threat of the deadly Le Chiffre by bankrupting the ruthless SMERSH operative at the baccarat table. However, when the luck of the draw favors his enemy, 007 becomes the target of assassins and torturers in a high-stakes game of cat-and-mouse.


You can pre-order the Casino Royale graphic novel at Amazon (U.S.) and Amazon.co.uk (UK).