A tale of three silhouettes

Here's another international James Bond paperback with cover features worth taking a closer look at. What I like about this 1990 Portuguese edition of John Gardner's Win Lose or Die is that two of three 007 silhouettes that grace the cover were never used on the Berkley paperbacks of the 1980s (and later on the Benson paperbacks).

The silhouette on the right you'll recognize as first appearing on the U.S. paperback edition of License Renewed and later on the John Gardner hardcovers. But those other two never found their way onto any book as far as I know. I especially like the one on the left that shows Bond reaching into his jacket. You'll also notice that the "James Bond" title treatment is from the Berkley editions, and the background is similar to that used on the UK hardcover of Scorpius, so this is an interesting combination of elements. 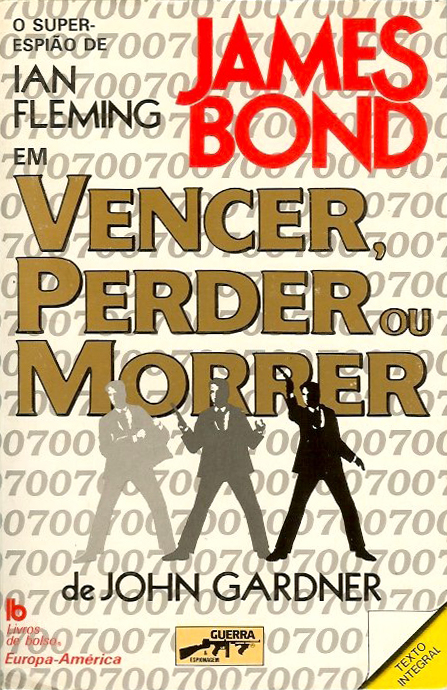 And if you think I'm silly for obsessing on silhouettes, check out: SILHOUETTE-GATE.