Ian Fleming Publications have just announced the next adult James Bond continuation novel will be written by Anthony Horowitz. Here's the full press release which just landed in my email: 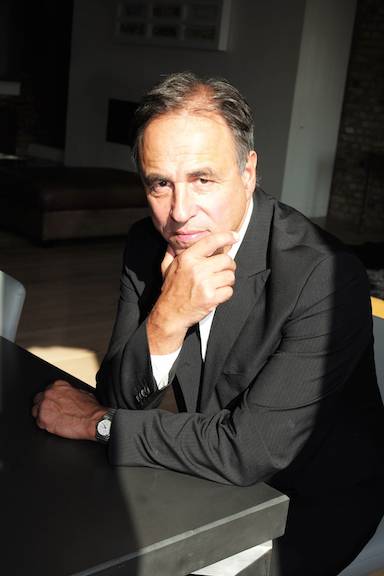 Ian Fleming Publications Ltd., The Ian Fleming Estate, the Orion Publishing Group, and HarperCollins US and Canada are delighted to announce that international bestselling and award-winning writer Anthony Horowitz is at work on an official new James Bond novel. Currently dubbed Project One, the novel is due for worldwide release on 8th September 2015.

The new book by Horowitz – a lifelong fan of Ian Fleming – will be set in the 1950s and will be unique among the modern James Bond novels, in that a section will contain previously unseen material written by Fleming to which Horowitz has had exclusive access.

Jessie Grimond, great-niece of Ian Fleming, said: “In the 1950s Ian Fleming wrote several episode treatments for a James Bond television series. But it never came to be made and he ended up turning most of the plots into the short stories that are now in the collections For Your Eyes Only and Octopussy and The Living Daylights. However, there are a few plot outlines which he never used and which, till now, have never been published, or aired. Given that Anthony is as brilliant a screenwriter as he is a novelist, we thought it would be exciting to see what he would do with one of them.”

The treatment chosen by Horowitz, which will serve as a starting point for his novel, is entitled Murder on Wheels, and follows Bond on a mission into the world of motor racing. Familiar characters in the TV treatment include ‘M’ and Miss Moneypenny.

One of the country’s most prolific and successful writers, Horowitz has over 40 books to his name. His recent Sherlock Holmes novel, The House of Silk, sold in more than 35 countries, whilst his bestselling teen spy series, Alex Rider, has sold more than 19 million copies worldwide. As a TV screenwriter he created both Midsomer Murdersand the BAFTA-winning Foyle’s War.

Horowitz said: "It's no secret that Ian Fleming's extraordinary character has had a profound influence on my life, so when the estate approached me to write a new James Bond novel how could I possibly refuse? It's a huge challenge – more difficult even than Sherlock Holmes in some ways – but having original, unpublished material by Fleming has been an inspiration. This is a book I had to write."

Lucy Fleming, niece of Ian Fleming, said: “We are thrilled that Anthony has taken on the Bond mantle, and can’t wait to read his novel. Anthony is a brilliant writer, as his millions of fans around the world demonstrate. He has an exceptional skill for writing spy thrillers in particular, and it is this coupled with the original Fleming material and his knowledge of and enthusiasm for Bond, which makes for a really exciting proposition.”

Malcolm Edwards, Deputy CEO and Group Publisher, Orion Publishing Group, said: “James Bond and Anthony Horowitz is a match made in publishing heaven. Anthony is a writer of exceptional skill and I have no doubt he will deliver a book that will resonate and delight Bond fans around the globe. For our part, we will publish the book in a way that celebrates the legacy of literary Bond and mount a campaign that will make publication day one of the biggest publishing events of 2015.”

Jonathan Burnham, Senior Vice President and Publisher, HarperCollins US, said: “HarperCollins is thrilled to be publishing the new James Bond novel in the United States and Canada. Anthony Horowitz is an author of exceptional skill and range – his Sherlock Holmes novel, House of Silk, displayed his amazing ability to reanimate fictional characters to create a new and powerful narrative. The combination of this talent, his inventiveness and brilliance as a novelist, and his access to hitherto unpublished Fleming material, makes this a uniquely exciting event for all James Bond fans.”

The book will be published by Orion Publishing Group in the UK, and by HarperCollins in the United States. The book rights were sold in the English language by Jonny Geller of Curtis Brown, on behalf of Ian Fleming Publications Ltd and The Ian Fleming Estate. International rights will be offered at the forthcoming Frankfurt Book Fair on October 6.


I thought Horowitz's recent official Sherlock Holmes novel, The House of Silk, was brilliant, so I'm very excited about this choice. And James Bond in the world of auto racing... Yes please!
Posted by John Cox at 4:11 PM