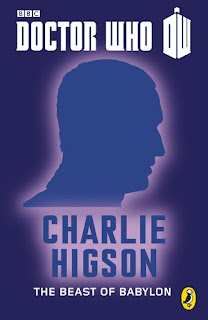 Charlie Higson, who penned the excellent Young Bond series between 2005 and 2009, has now tackled another iconic English hero, Doctor Who.


Doctor Who: The Beast of Babylon is the ninth instalment in a series of short ebooks celebrating Doctor Who’s 50th anniversary. The book features the Ninth Doctor as played by Christopher Eccleston.

Says Charlie, “I grew up with Doctor Who and have always been a massive fan so it's a great honour to be involved in this anniversary celebration. Russell T Davies did a great job of rebooting the series with Christopher Eccleston so to be able to write the Ninth Doctor story was a great opportunity to say thanks to the Doctor and thanks to Russell.”

Doctor Who: The Beast of Babylon will be released on September 23 and is available for pre-order from Amazon.com (U.S.) and Amazon.co.uk.